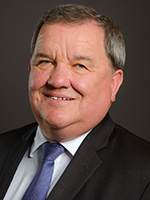 Mr. Simpson directed an August 20th correspondence to Patty Hajdu, the Minister of Employment, Workforce Development and Labour with the Federal Liberal Government, in his letter, Mr. Simpson encourages the Federal government to consider providing targeted assistance for the Commercial Fishing sector which is experiencing a very difficult year this salmon season.

Noting that the Federal government has provided for such assistance in the past for the Atlantic fishery, he seeks out specific Employment Insurance actions to assist those in the BC Fishery.

UFAWU-Unifor shared word of Mr. Simpson's notes for the Federal government as part of their Facebook page feed, which has been highlighting many of the ongoing issues facing those in the industry this summer.


As we outlined on the blog earlier this month, UFAWU-Unifor launched an information campaign to try to impress on the Federal government the dire nature of things for those on the North Coast which has seen horrid returns on area waters and a significant impact on those who work in the local industry.

You can find more background on the issues facing the North Coast fishery from our archive page here.


To view the most recent blog posting of the day, click here.
Posted by . at 3:02 PM