It will be four more years of guidance from Chief Councillor Harold Leighton in Metlakatla, as the incumbent head of the Metlakatla Governing Council was returned to office on Wednesday evening, though in a somewhat tightly contested race.

The final vote tallies propelled Mr. Leighton back into office with 24 vote margin, with the returning Chief Councillor receiving 157 votes and challenger Randall Cobb receiving the votes of 133 members of the Metlakatla First Nation.

This year marks the 32nd year that Mr. Leighton has served as the Chief Councillor for Metlakatla

290 votes were cast in the Chief Councillor Election, with four additional ballots considered spoiled, all of them electronic votes. 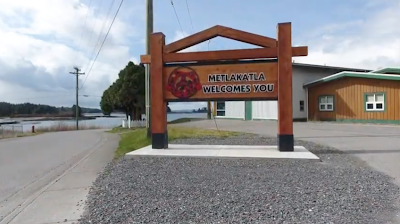 Joining the Chief Councillor around the Governing Council table as On Reserve councillors will be incumbents Alvin Leask and Robert Nelson with James Morven also set to take up the third of the three On Reserve spots, he topped now former Councillor Sharon Morven in Wednesday's vote by just four votes.

A total of 559 votes were cast for the On Reserve positions, with an additional 10 ballots counted as spoiled.

The three Off Reserve Councillors elected to office on Wednesday included incumbent Alrita Leask with two new councillors Miranda Leighton and Darci Nelson set to take their place as part of the Governing Council. All three were successful in their campaigns by a fairly significant margin.

A total of 663 votes were cast for the Off Reserve positions, with an additional 5 ballots counted as spoiled

Voting took place through the Day Wednesday with two polling stations opening at 9AM, closing at 8PM, results were released shortly after 9PM.

Metlakatla members voted in either in the Metlakatla Village or in Prince Rupert at the Coastal Training Centre.

The official notice of the vote from Metlakatla can be reviewed here.

For more notes on Metlakatla see our archive page here.