Prince Rupert was more than ready for its close up! As Rogers Sportsnet's Hometown Hockey showcased the city to national audience

In just 2 minutes and 28 seconds, Prince Rupert and the North Coast were introduced to a cross Canada audience and in what was a breath taking showcase of much that we have to offer in our little corner of the Northwest, the city and region shone through with flying colours.

Rogers Hometown Hockey brought their travelling caravan to celebrate the national game and Prince Rupert was more than ready to party, with large crowds taking in the displays and shout outs galore from hosts Ron MacLean and Tara Slone for local residents, anecdotes about the town past, present and future to go along with each vignette of the show.

The technical production values that the Rogers team bring to their production is actually quite impressive, to think that they set it up and tear it down and move on to the next town each week is a testimony to a well thought out plan and one that is delivered with some incredible skill.

Mr. MacLean who has honed is abilities well to highlight the best of each community he and Ms. Slone visit each week, once again worked his narrative magic to present the North Coast in all of its elements, natural beauty, First Nations culture and an exciting future tied to the global world.

Ms. Slone had the chance to take on the role of tourist, with a number of tour guides from the community taking her to favourite coffee shops, out on the water and to other attractions to get a feel for the pulse of the city and some of its charms.

Along the way, the Prince Rupert Rampage, the long time rivals in Terrace in the River Kings and the CIHL received the kind of exposure that could spur sweater sales for hockey collectors that can never, ever have enough memorabilia.

Prince Rupert Minor Hockey received its due, as did the annual showcase of basketball of the All Native Tournament which shared the spotlight with long time sports advocate and community leader, the late Jim Ciccone, for whom the arena complex is named.

There were looks at the museum, Cow Bay, the waterfront and much more, the three hours or so of hockey between the Sabres and the Oilers serving as the bridge between travelogues that tourism operators should point to often to show just what there is to offer for visits of a few days, a few weeks or a month if you want.


The night ended as it always does with a pair of local minor hockey players relaying the three stars of the game and offering some final thoughts on hockey, the glue that holds the entire three hour production together.

For Josh Leighton and Julia Lorette, the duties were handled with enthusiasm and confidence, putting the PRMHA on the national pedestal that many other communities have been on previous.

The broadcast at an end, the Rogers roadies were quick to their work, tear down underway, departure plans to be reviewed and the next stop on the Hometown Hockey carnival map beckoning,.

Over to your Abbotsford, hope you have as much fun as Prince Rupert did these last forty eight hours! 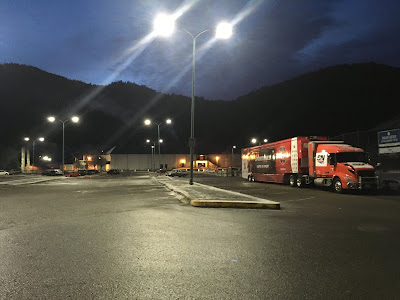 The Rogers festival of hockey, falling as it did during the annual Winterfest celebrations brought a buzz to the city that may be hard to recapture for a while. The place was simply teeming with people trying to soak in as much as they could, in the short period of time that we had to explore all that was offered for the weekend.

The nature of the Rogers' program is to focus on the positives and not so much on the challenges of the communities that they visit, putting the best foot forward as it is.

And while there are still plenty of community challenges to be found for the cameras with a stop in Prince Rupert, sometimes it's OK to just let the goodwill wash over us and highlight the things we celebrate.

With perhaps the focus on community spirit seen once again over the last 72 hours in the city, serving to reinforce all of our dedication towards solving those larger challenges for the benefit of the community as a whole.

Now available for  your review are many of the features about the city that probably have more than a few people looking into some moving van quotes for a journey Northwest; the video essays and remembrances can be found from the Rogers Hometown Hockey Facebook page here.

Locally, photographer Phuong Nguyen was also making the rounds of the Festival site through the week and he too has some remarkable photos of what was a very remarkable weekend for the region.

To look back at the planning and arrival of the event and notes along the way see our archive page here.

To return to the most recent blog posting of the day, click here.
Posted by . at 9:58 AM