The First Nations of the Northwest that make up the First Nations Climate Initiatives will be taking their message and research on a low carbon economy and climate change to an information session in Prince George on Wednesday.

The group which consists of the Metlakatla First Nation, Nisga'a Lisims Government, Lax Kw'alaams Band and Haisla Nation came together in September of 2019 to launch the shared initiative Memorandum of Understanding.

As part of their travels to Prince George this week, they have issued an invitation to all First Nations in the Central Interior and those visiting that region for the resource conference this week, to join them for a review of their vision towards climate issues and how to reach regional and international commitments.

"We as leaders are collectively concerned about the significant threat posed by global climate change. The Nations see providing leadership on climate and development policies that impact their communities as placing the United Nations Declaration on the Rights of Indigenous Peoples (UNDRIP) and reconciliation into action," -- Harold Leighton, Chief Councillor, Metlakatla First Nation

As part of their presentation for those in attendance, the Initiative members will review a draft scenario which considers the following elements:

How B.C. can produce LNG that does not add to provincial emissions and can be considered "net-zero LNG," thus meeting provincial GHG reduction targets

What the potential reduction in global GHGs is if net-zero LNG is used to displace thermal coal power generation in Asia (where there are policies to switch from coal to gas to reduce air pollution) How much investment is needed in renewable energy infrastructure, ecosystem restoration and technological development, in order to produce net-zero LNG and where this investment could come from

What the potential opportunities and benefits could be for First Nations communities, including: partnering in LNG infrastructure development; restoring the ecosystems in their traditional territories (which would act as carbon sinks); and building renewable energy generation and transmission infrastructure, which would result in net-zero LNG available as a global transition fuel as well as provide renewable energy for a future low carbon economy in B.C.

What provincial and federal policy options are needed to succeed in developing the vision to contribute to global efforts to achieve a 1.5-degree Celsius limit on climate warming immediately and the eventual low carbon economy that supports a future carbon-neutral world.

Eva Clayton, the President of the Nisga'a Nation, notes that through collaboration, all partners in the province could work towards achieving the goals of the Paris Accord on climate.

"We want B.C. to fully meet its GHG reduction targets and we believe there is a scenario that can do so by 2030. By working collaboratively with Federal and Provincial Governments, other First Nations, energy project developers and environmental organizations we have a significant opportunity to help achieve the Paris Agreement goal of limiting global warming below 2 degrees Celsius by using B.C. LNG to displace coal in the most polluting jurisdictions." 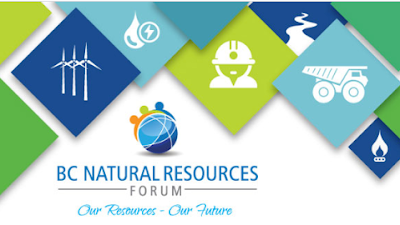 The collective of First Nations members will be taking part in the BC Natural Resources Forum in Prince George, which is one of the largest conferences dedicated towards resource development in BC.

Haisla Chief Councillor Crystal Smith will be speaking about the FNCI vision as part of her closing remarks to the Forum on January 30th.

She will outline some of the work done by the Initiative over the last five months.

"Climate change is real and is being experienced by our people now. We have spent the last five months furthering our understanding of climate change as well as the full lifecycle of liquified natural gas. We heard from experts who confirmed that the internationally-recognized scenarios include natural gas as a transition fuel in order to achieve the international goal of keeping global warming below 2 degrees Celsius."

The 17th Annual BC Natural Resources Forum takes place Tuesday through Thursday at the Prince George Conference and Civic Centre.

You can learn more about that event from the conference website.

For more items of interest about the participating members of the First Nations Climate Initiative see our archive pages below:


To return to the most recent blog posting of the day, click here.
Posted by . at 3:13 PM