The long storied history of Shipbuilding and repairs will continue on, now in new hands after McLean's Shipyard was purchased by local Prince Rupert investors.

The deal which was announced last week will see the Seal Cove repair facility now in the hands of the Davis family of Prince Rupert, currently the owners of Adventure Tours and Westcoast Launch and long time mariners and community boosters for the North Coast.

They take over a facility which has long been part of the fabric of maritime life in the region for over a century and one which has defined Prince Rupert's boom and bust cycles of the past, most recently seen as its work load lessened as the fishing industry suffered the downturns of the last few decades.

Prince Rupert at one time was a busy port for shipbuilding, with McLean's part of that history for over 100 years and serving as a vital industrial presence for the fishing fleet and pressed into war time service as well during the Second World War.

The halcyon days of the city's maritime shipbuilding presence is highlighted in Volumes 1 and 2 of R. G. Large's extensive reviews of the history of the community titled Prince Rupert: A Gateway to Alaska and the Pacific.

Volume One looks to the Post World War I period of time when the Prince Rupert Drydock dominated the waterfront and made Prince Rupert a vital and strategic asset for shipbuilding and repairs leading up to the Second World War.

In the second volume, the days of ship-building and repair facilities is told through the names and accounts of the work of Okabe ,Wahl and McLean, all prominent shipyards of the city's storied past. 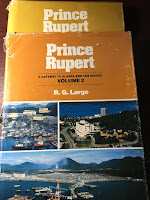 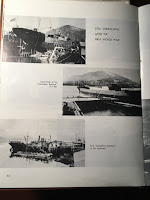 More background on the importance of the shipbuilding and repair industry to the region is also available in the twin works of Dr WBB Hick, who traces much of our maritime history in his works Hay's Orphan and Canada's Pacific Gateways.

Another pair of excellent resources that give us a glimpse into the strong industrial foundation that was in place for much of the last century. 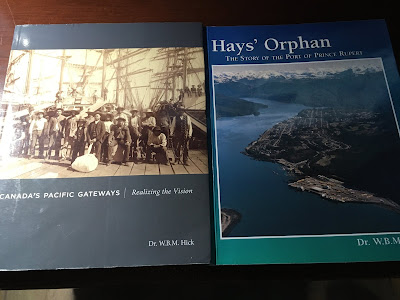 The shipyard has also been featured by a pair of online resource items that review its history on the North Coast.


As the Davis family takes over the reins of the Seal Cove shipyard from the McLean's they now will provide for a continued link to that past, an investment that will allow them to add to the Prince Rupert story.

The plans to look to not only keep the industry vital but to build on it in the years to come, will mean that  the reassuring sounds of the pounding of metal, noise of the welders and other workers on the east side will secure the future of an key industry of the past into a new century for Prince Rupert.

The McLean's purchase has made for the focus of some of the local media over the last few days, you can review their notes on the new ownership for the longstanding Prince Rupert business from our Commercial Sector Archive page here.

To return to the most recent blog posting of the day, click here.
Posted by . at 11:17 AM