City of Prince Rupert may want to hold off on plans for single use plastic ban; at least until provincial initiative roll out is delivered 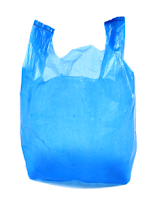 Last week, Councillor Barry Cunningham brought forward the theme of putting in place a single use plastic ban for the City of Prince Rupert, highlighting our status as a maritime city and the responsibility that we need to bring to environmental concerns.

With but a seven minute meeting to launch the council year, there wasn't a lot of discussion on the theme, but for those that did say a few words, the indication was that the initiative was well worth considering.

The local project at the moment though is still very much of a napkin in a coffee shop idea, with no instruction for staff to craft any policy ideas or bylaw drafts towards putting in place enforcement options for the concept.

And that perhaps is a good thing, as the Province of British Columbia has indicated that it has its own plans in mind towards putting in place a plastics ban, citing the rather haphazard way that the topic has been introduced at municipal councils across BC.

The province has already taken some steps towards that plan, hosting a consultation on the theme last summer, their consultation paper on the issue can be reviewed here.

Should the NDP government indeed move to act on the issue, then surely there would be no need to task the city staff to the topic, spending valuable times on an initiative that may very well be superseded by wider provincial legislation.

Before they make to much progress on the home grown version of the same kind of ban, City Council may wish to contact North Coast MLA Jennifer Rice to gauge the dedication of the NDP towards that project and when she might suggest the provincial plan will move forward.

For more notes on City Council initiatives and items of interest see our archive page here.

To return to the most recent blog posting of the day, click here.
Posted by . at 11:03 AM

Email ThisBlogThis!Share to TwitterShare to FacebookShare to Pinterest
Labels: City of Prince Rupert plastics ban plans may be pointless if Province does same