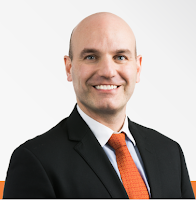 Nathan Cullen, the Former Member of Parliament for Skeena-BulkleyValley has a new some new duties today,  with Premier John Horgan appointing Cullen to be the province's liaison with the Wet'suwet'en Hereditary Chiefs.

The former MP will be asked to try and find some common group among the various groups related to the Coastal GasLink dispute in the Wet'suwet'en territory of Northern British Columbia.

The announcement form just after 11 AM on Monday tasks the now retired MP to act as an intermediary by providing fact-finding, facilitation and analysis to support a peaceful resolution to the Coastal Gaslink dispute.

“I’m pleased all parties have agreed to the appointment of a liaison. Nathan has agreed to act as an intermediary in the hopes of finding a solution to this challenging dispute.” -- Premier John Horgan on the appointment of Nathan Cullen to address the issues in the Wet'suwet'en territory of Northern BC.

As part of his work, Mr. Cullen will work with the Wet’suwet’en Denezeh and Tsakozeh, Royal Canadian Mounted Police, Coastal GasLink, the provincial public service and other parties.

The focus for his efforts will be to de-escalate the conflict surrounding the court-ordered interlocutory injunction regarding access to the Morice West Forest River Road.

The full statement from the Provincial Government can be reviewed here.

The Wet'suwet'en Hereditary Chiefs have expressed their opposition to the proposed Coastal GasLink pipeline project through their territory.

The project which has the backing of a number of other First Nation communities along the pipeline route is designed to deliver natural gas from the Northeast of BC to the LNG Canada terminal at Kitimat.

You can review some of the background to their dispute from our Victoria Viewpoints archive on our political Blog Darcy McGee, as well as our notes from our Skeena and Stikine Legislature Archive page.

To return to the most recent blog posting of the day, click here.
Posted by . at 11:33 AM