Owners of Unsightly properties put on notice, Council set to take up issue of enforcement in 2020


A topic that has made for many conversations in recent years for Prince Rupert City Council received another airing on Monday evening, as Councillor Barry Cunningham once again inquired about the city's efforts towards addressing unsightly property issues in the community.

Speaking towards the end of Monday's Council session, the Councillor asked for an update from City Manager Robert Long as to what has been done and what can still be done to spur the property owners to action.

Noting that the city now has two by-law officers on staff and with forward momentum underway for the 2030 vision plan, Mr. Cunningham sought some details on how the issue will be tackled this year.

Towards the discussion, the City Manager provided an update observing that City staff was preparing to present a report to address the issue, advising  Council about a number of property owners that have not responded to past civic attempts to effect a clean up.

He advised that they would be coming forward in the Spring to  set up a Special Council session to pass resolutions to Act, dealing with a large volume of the problem areas at once. 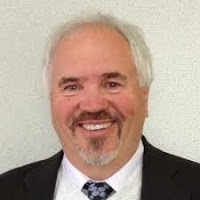 "We intend to come forward probably in the Spring and present to Council a number of locations that are not responding at all, to what I call moral suasion, or letters to smarten up and clean up and then Council will be required then to pass resolutions for us to act and put it on their taxes" -- City Manager Robert Long outlining the challenges in enforcement of property maintenance bylaws in the city

Mr. Long further outlined what steps that City Council will have to take to move forward on the issue.

"Each one of those circumstances will require a show cause hearing, notification, the people will come and they can talk about it, so we were anticipating doing that as a Special meeting and doing them all at once. That's what we intended, when we do this, you will see the level of problem and severity and I would suggest that Council would start with the most severe circumstances and work our way backwards."

The City Manager also noted that the City has been sending out letters for years to property owners, who for the most part disregard the notices. Observing how one file has had twelve letters attached since 2015 with no response or action from the property owner.

Staff hope to present the initiative to Council within the next few months.

The overview of the situation can be reviewed from the City's Video Archive starting at the one hour, twenty five minute mark.

As we noted previous, the topic has been a long standing theme for Council some of the past reviews of it can be found below:

March 2018 -- Councillor Cunningham looks to property tax solution to issue of derelict and unsightly properties
March 2018 -- Observations on state of downtown and business climate spur on line discussions
August 2017 -- Councillor Cunningham keeps heat on City Council over condition of downtown buildings
May 2017 -- Few options available to council to force Clean Up of downtown eyesores
February 2017 -- A not so inviting vision for tourists, or would be investors to be found in downtown area

To return to the most recent blog posting of the day, click here.
Posted by . at 11:10 AM