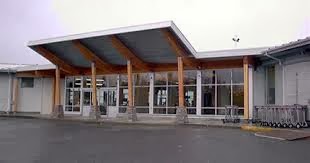 They're not ready for take off from Digby Island Airport just yet.

But should they line up their investors, acquire their fleet of jets and take to the air, Canada Jetlines may make Prince Rupert one of the destinations on the route map in the next few years.

The Financial Post has revealed some of the details of the business plan which would clearly shake up the Canadian aviation industry, should they ever make it to the departure gate.

Based out of Vancouver, the airline has a list of a number of potential destinations in Western Canada on its mind, markets that they have identified as under-served by the current airlines of the region.

Included on their prospects list are Prince George and Prince Rupert in Northern British Columbia. 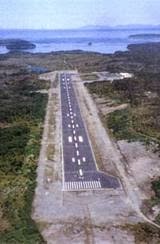 The airline  also intends to eventually add international destinations such as Las Vegas and Cabos St. Lucas to their flight offerings.

Jetlines would make use of Airbus A319 and A320 aircraft, which if they do end up serving Prince Rupert would herald the return of Jet service to the North Coast

The plan is to offer a low cost, no frills style of airline to Western Canada, similar to Europe's Ryanair or Spirit airlines in the US.

Though it appears that they aren't alone in their quest, as there are other potential airlines of similar blue print apparently still in the development phase.

So far, short of the short burst of media attention to their plans, the only other mention of the airline is through an online place holding. The prospective airline has reserved space on a YouTube page, but as of yet has not posted any material to their online portal.

You can review more of the possible major shift to the airline industry from this article in the Post.

Should Canadian Jetlines file its flight plan to Prince Rupert, they will become the third airline to service the north coast through YPR, joining Air Canada Jazz and Hawkair with flights out of the Digby Island airport.