Mr. Cullen, Mr. Hamilton would like to see you after class... 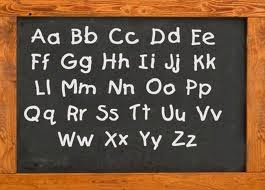 Some interesting reading out the weekly newspaper this week, as  Northern View Publisher Todd Hamilton tackles what he believes are the spelling challenges of Nathan Cullen, the NDP MP for Skeena-Bulkley Valley.

The observation on how to properly spell the word licence, comes in the form of a combination editorial.

As for the political side of this weeks editorial, Mr. Hamilton takes issue with a recent household mailer sent out by Mr. Cullen.  Offering up for our review a fairly snarky observation, which goes under the working title of Cullen or Sullen?

Interestingly enough, it is the only actual mention thus far in the paper, of the proposal that Mr. Cullen  outlines from his Social License, oops, our bad, Social Licence pamphlet

A scan of the weekly paper's search engine (Using either Social License or Social Licence just to be sure), finds no other mention of the pamphlet, or Mr. Cullen's introduction of the topic into the Northwest news stream

To paraphrase Mr. Hamilton's commentary, "Regardless of what one might think of Nathan's opinion...",

Perhaps with that in mind, the project should be covered as news, in addition to fodder for another editorial outburst.

For those that may be inclined to learn more about what the project is all about, we invite you to look back to our post of November 21st.

There you will find an outline of the plan and some of the impact that it may have on the region.

As for Mr. Hamilton's studious work when it comes to spell checking.

We have a feeling that over the next few weeks, supporters of Mr. Cullen will be reading their copies of the Northern View with extra attention, attentive to each and every word that is published.

As they say, those that live in glass houses...