Like may other communities across Canada, Prince Rupert and in particular the Filipino community in the city reacted with shock and concern over the developments in the Philippines following the landfall of typhoon Haiyan.

Sunday, in churches in this community and in many others across the country, prayers were offered for those survivors and plans for fundraising were being considered, as Canadians tried to understand the scope of the disaster from the South Pacific island nation. 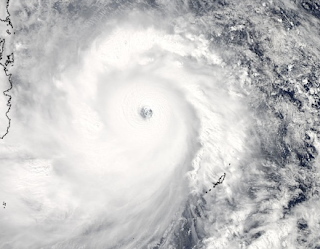 The storm made landfall on Friday and has been described as one of the largest to ever wash over land in recorded history, it has wreaked devastation on a wide section of the Island nation. With particular concern expressed for the residents of Tacloban, which suffered widespread damage and fears for many deaths to still be reported.

Some background on the horror of the Typhoon's arrival and the aftermath of the disaster can be found below:

Much as they did in the aftermath of the recent 7.2 magnitude earthquake that struck the Philippines in October, Prince Rupert's Filipino community will no doubt spearhead efforts from the North Coast, seeking to offer up a local response to the latest tragedy.

While those fund raising efforts are worked out, local residents can contribute to any number of national options to lend monetary assistance.

The Canadian Red Cross, World Vision Canada, Doctors without Borders, Oxfam Canada and UNICEF are among some of the aid operations to have resources in place in the Philippines and donations have already begun to be received by them.

The Canadian Government outlined some of the steps it has already taken to lend assistance, including the deployment of the nations DART disaster team to the Philippines, with the first planes already in the air and on their way to the South Pacific.

Canadian residents anxious for more information about consular matters in the Philippines can seek out further assistance from the Foreign Affairs Department, which outlined more details on how to access consular help by way of their twitter feed.

Twitter in fact, has provided a fair amount of information regarding the aftermath of the typhoon, the latest details can be found from #Haiyan

More background on Canada's response can be found below.