Hydro rates on their way upwards in British Columbia 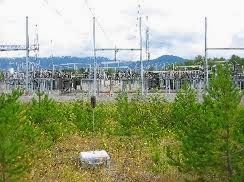 It will be a particularly memorable April Fools Day in 2014 for British Columbians as that day will signify the start of a string of Hydro rate increases over the next five years.

The announcement of the upcoming increase in the cost of hydro service in the province was made on Tuesday. Outlined as part of a ten year plan of investment into the provincial hydro service.

And while residential and commercial rate payers will have to dig a little deeper, so to will institutional users such as schools and hospitals. Those are two groups which, already stretched by budget constraints, will have no choice but to find a way to pass that new cost onto tax payers, or make cuts to services.

Two options that may not find much favour with British Columbians.

In addition to the rate increases, BC Hydro also announced that there would be staff reductions made to the hydro company.

The main thrust of the need for higher rates according to BC Hydro is the need for increased capital spending, as Hydro develops such resources as the Northwest Transmission Line and increases the life cycle of dams and other hydro infrastructure across the province.

BC Hydro broke down the talking points with a number of different reviews:

Some critics of Hydro policy, such as the Canadian Office an Professional Employees Union have suggested that  there may be even greater rate increases to come over the next decade.

Particularly as BC Hydro addresses accounting and cost issues as well as major projects such as the Site C dam.

Some background on the announcement of Tuesday can be found below.

Email ThisBlogThis!Share to TwitterShare to FacebookShare to Pinterest
Labels: BC Hydro, Hydro rates to rise over next decade