Should Aurora LNG, the joint venture of CNOOC/Nexen, Inpex and JGC Exploration Canada move forward on the North Coast, the preferred location for an LNG Terminal will apparently be found on Digby Island. 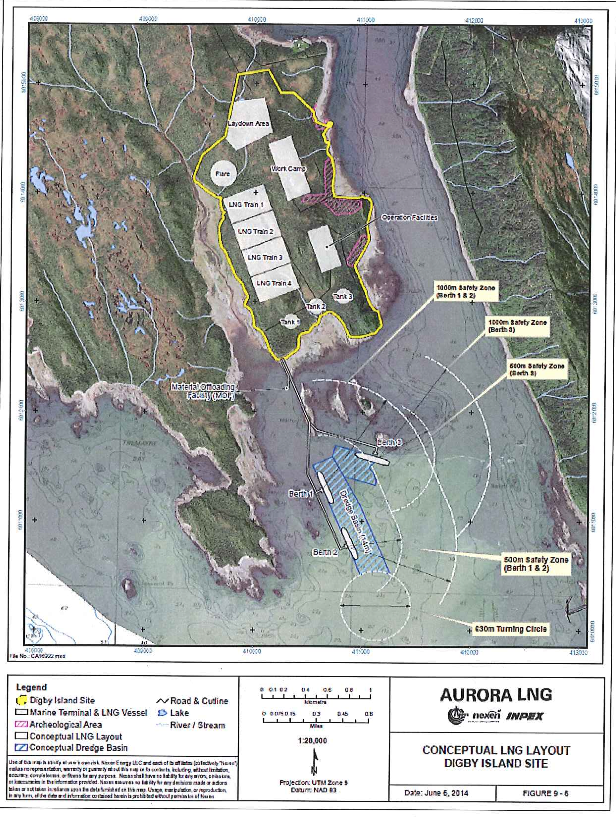 Aurora has requested that the Province of British Columbia transfer their sole proponent agreement from the Grassy Point location to the Digby Island option, a request that has been agreed to by the Province.

Aurora believes that the Digby Island location is a more suitable location for its planned export facility and will now move forward with its site evaluation work for that proposed terminal site.

The Aurora project would proceed in phases, with the first stage calling for two LNG trains and Terminal facilities to be developed with a timeline of 2021 to 2023 shipments, with expansion plans for two addition trains and additional storage facilities to come beyond that 2023 date.

As part of the move by Aurora, the province has collected two non refundable payments totalling 18 million dollars related to the proposed projects.

More information regarding the shift in focus for the Aurora project can be found from this item from the Province's Natural Gas Development website.

For more background on the Aurora proposal see our archive page here.
Posted by . at 8:08 AM