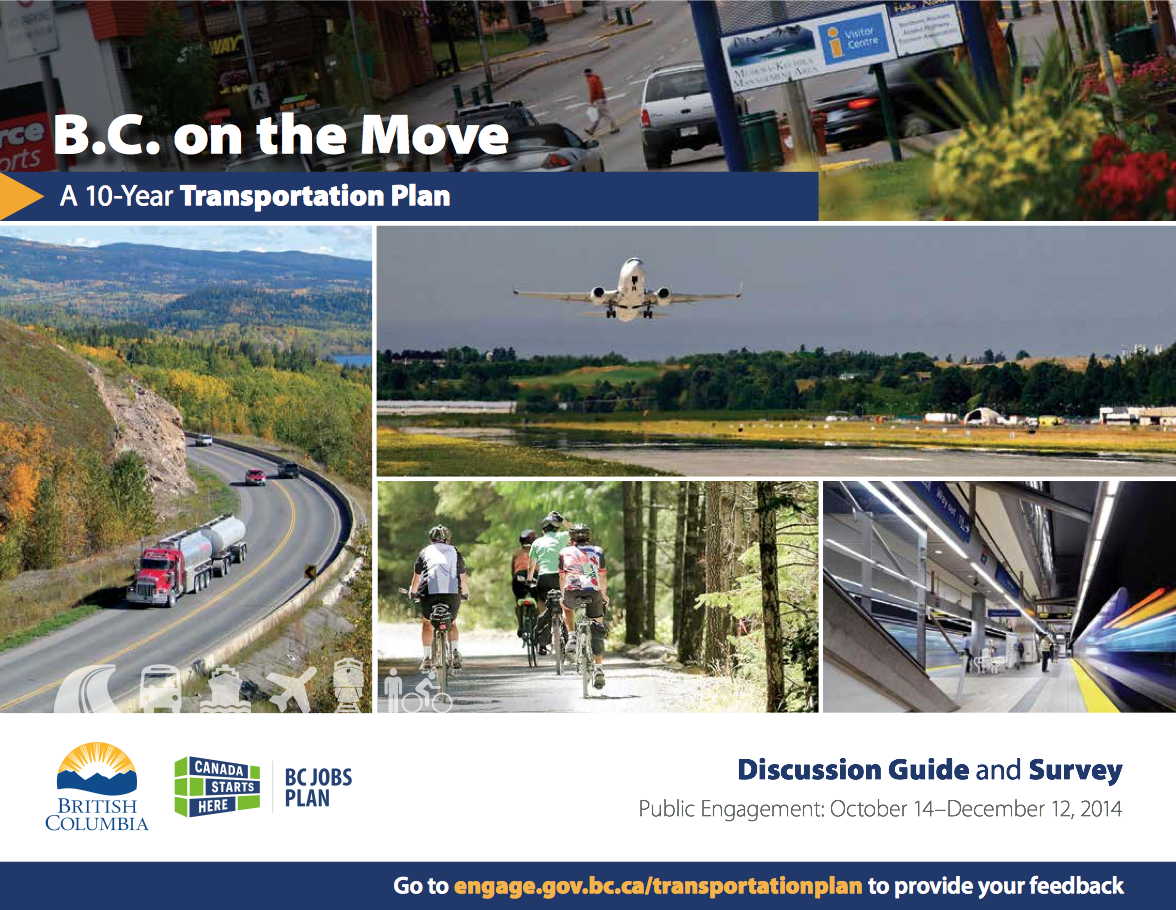 Sharp eyed followers of twitter discovered an interesting opportunity to engage in the discussion on transportation last evening, as the province's Transportation Minister Todd Stone hosted what was billed as a Twitter Town Forum.

An online approach to hearing of some of the issues across the province. The event which lasted about an hour received questions posted to the #BContheMove hash tag, with a number of questions directed towards the Minister over the sixty minutes.

And while there was no major news delivered through the forum, for the most part, the flow of information certainly made clear for the Minister some of the key issues from across the province when it comes to concerns on Transportation issues.

For our part, we offered up a few suggestions and inquiries to the Minister from a Prince Rupert point of view, finding replies to a few of our themes.  One touched on the plans for increased development, in particular LNG development in the region and the impact it may have on transportation infrastructure in the region.

Another item that may be of interest to the new City Council is in regard to the intention of the Minister to come to the Northwest again in 2015, something that Council may want to follow up on and hold Mr. Stone to. Offering as it may, an opportunity for Council to reinforce many of our transportation issues with the Transportation Minister.

Less successful, was our attempt to try to engage the Minister on the theme of improving access to the Digby Island airport. Can't win them all we guess, though to be fair, there was a fairly large collection of folks tossing out questions on the hour. Perhaps Council will have better success on that topic in the New Year...

Once they have compiled all of the contributions to the Monday night Twitter Town Hall, BC Transportation plans to provide a Storify presentation on the night's themes, to give interested observers more background on the discussion, it will appear here, once it has been completed.

In the meantime, residents of the Northwest can help to shape the future of the province's Ten Year Transportation plan, with one step being participation in an ongoing discussion in that plan.

The Province is conducting a short survey, which takes less than five minutes to fill out, seeking your input on a number of issues and offering the opportunity to list your top three transportation concerns.

Whether it be BC Ferries issues, airport access concerns, highway conditions along the Highway 16 corridor, or whatever item that is of great concern to you, the short survey offers up a chance to at least flag some issues of note.

You can find more about the project here and take the Digital survey to provide your feedback.

The Deadline for this phase of the consultation process is December 12th.
Posted by . at 8:59 AM