Residents of the North Coast, as well as visitors to the region will have a new service for the local fishery to take advantage of sometime in 2015.

This week the Nisga'a Society outlined some interesting  plans for a development on land that it has in the Seal Cove area.

During the Chamber of Commerce luncheon of Wednesday afternoon, Greg Grayson, CEO of the Nisga'a Society announced that newest business venture of the Society's Economic Development Corporation would be a commercial smokehouse for hot and cold smoked salmon.

With Plans to break ground on the new venture expected to commence as early as this winter, it is hoped that the new facility to be located in the Seal Cove Area will be operational by the upcoming salmon season. 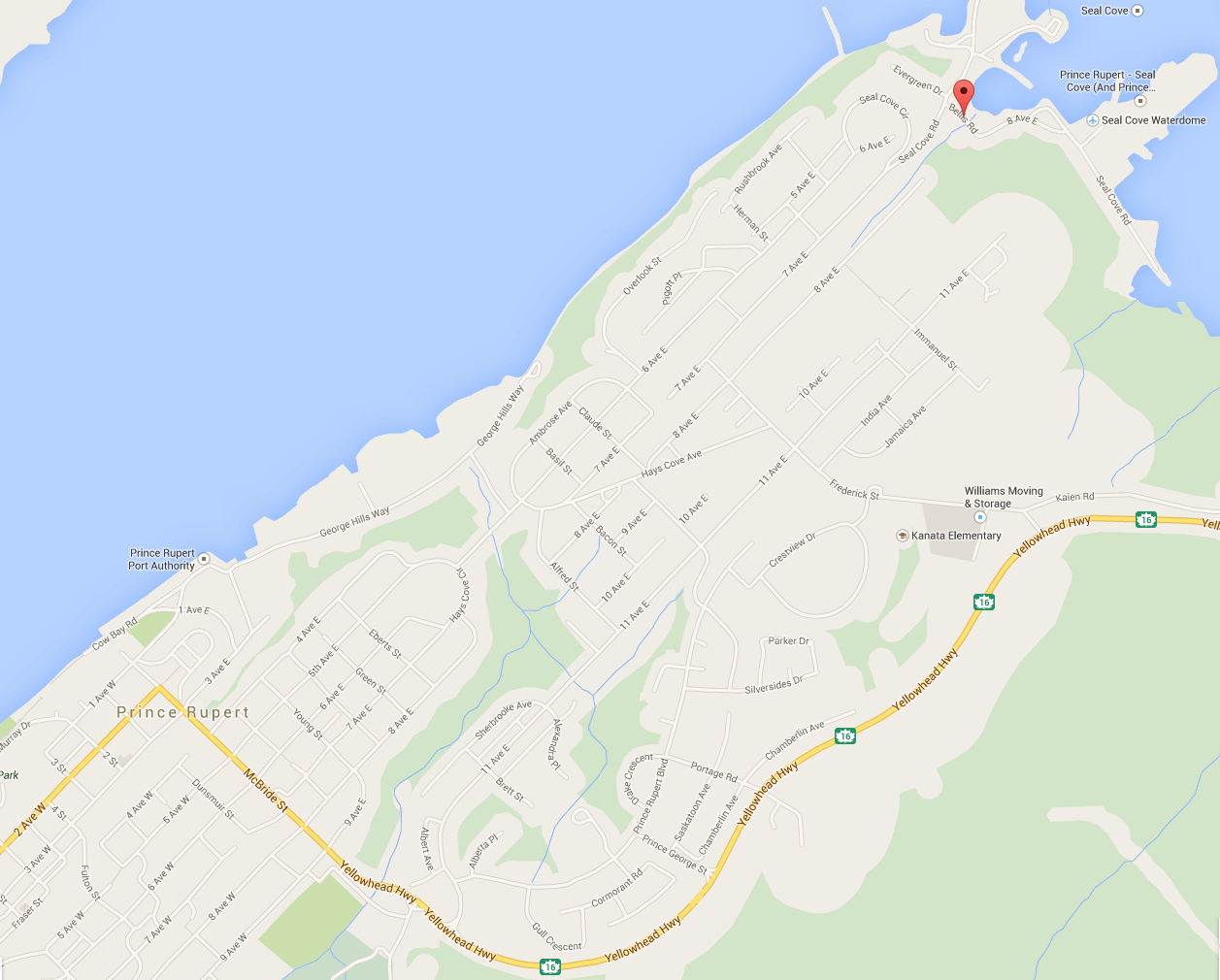 More information on the proposed project will be revealed as they move closer to their development phase for planned smokehouse.

The Gitmaxmak'ay Nisga'a Society operates two other commercial ventures in Prince Rupert through its wholly owned subsidiary of the Economic Development Corporation, the Rupert Lawn and Garden Centre in Seal Cove and the Nisga'a Hall in Downtown Prince Rupert.

You can learn more about the work of the Gitmaxmak'ay Nisga'a Society from their web portal.

Mr. Blair Mirau of the Economic Development Corporation appeared on CBC's Daybreak North program on Friday morning, outlining some more background on the project. You can listen in to that interview from this link to the audio file
Posted by . at 8:21 AM