By this time tomorrow Prince Rupert residents will be well on the process of selecting a new Mayor, City Council and School Board, the days of campaigning behind us and the process of casting our votes in motion.

On the way to voting day however, the varying approaches to delivering information to would be voters has been an interesting process to watch over. As some adapted to more modern approaches and others stayed with the familiar methods of the past, or in some cases just seem to be content to let their personal exchanges around the community do their campaigning for them. 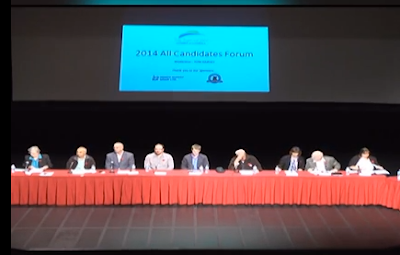 On the City Council side of that information flow, we've seen only of the five incumbents make use of an online process, with Councillor Anna Ashley providing the most complete overview of her campaign of her four partners from the most recent three years of Council business.

Her website, offers up a range of her views on many of the topics covered by Council in that term, outlining a number of her popular themes of this most recent session.

On her issues page the Councillor provided a fairly consistent review of her key items of interest, expanding on the themes to provide a bit more background.

For the most part, her web presence was the main strategy for her campaign, newspaper ads were not a major focus, while her campaign signs were not overwhelming in number either. 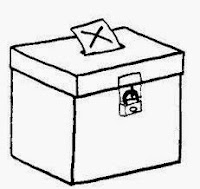 As for the other incumbents, none have made any use of on line methods such as websites, twitter and such to deliver their messages.

Two of the incumbents, Councillor Cunningham and Councillor Thorkelson made use of the more traditional route of pamphlets and newspaper ads for the majority of their information delivery process.

The pamphlets offering up a bit more detail to the short bursts of their newspaper ads of recent weeks.

Then there's Councillors Kinney and Garon, who have had not had any form of on line presence, nor for that matter, much of a an advertising campaign either it would seem.

Apparently content to let their work from the recent Council session and perhaps their personal approach in their day to day dealings with the community to carry the day to Saturday's vote.

For the challengers, there is an interesting split in approaches as well.

The youngest of the contenders provided for the most comprehensive campaign presence, as Blair Mirau, someone who clearly understands how social media can be used, provided for as complete an outline of a campaign as a candidate could deliver.

He made use of his election website to deliver his campaign platform positions, reinforced the message with Facebook and Twitter commentary, delivered a pamphlet to local homes with his major points of interest and embraced video as none of the other candidates could come close to.

His most recent effort, a get out the vote style of video,  offers up some of the engagement that his efforts had with would be voters over the last month and a bit.

Ray Pedersen also made use of the internet, posting his platform and issues notes to a website, something that was reinforced by a pamphlet campaign a few weeks ago.

Wade Niesh and Gurvinder Randhawa have had much lower profiles when it comes to delivering their campaign themes, with newspaper mentions and in Mr. Randhawa's case, a bit of advertising making for their introductions to the voters.

As for snapshots of each candidate, the voter is left with items that the candidates submitted by way of profiles to the newspaper and the current streaming video of the Council Session to provide those heading to the polls with some final lingering thoughts to consider as they prepare to cast a vote.

Links for those candidates who have provided for the larger social presence can be found here.

For those looking for a bit more background we offer up our City Council archive page and Council Discussion page.

A helpful guide to the work of the incumbents over the last three years and a review of the challenges that any new council member may face over the next four years.

As well, there are items of interest from the current campaign to be found regarding incumbent and challenger alike, you can review those from our Municipal Election campaign page.

The polls open at 8 AM on Saturday morning and will close at 8 PM, the voting takes place at the Jim Ciccone Civic Centre.

And just a reminder for those that will be casting a ballot on Saturday, the City and BC Transit are offering Free City Transit on Saturday, details of that opportunity can be found here.