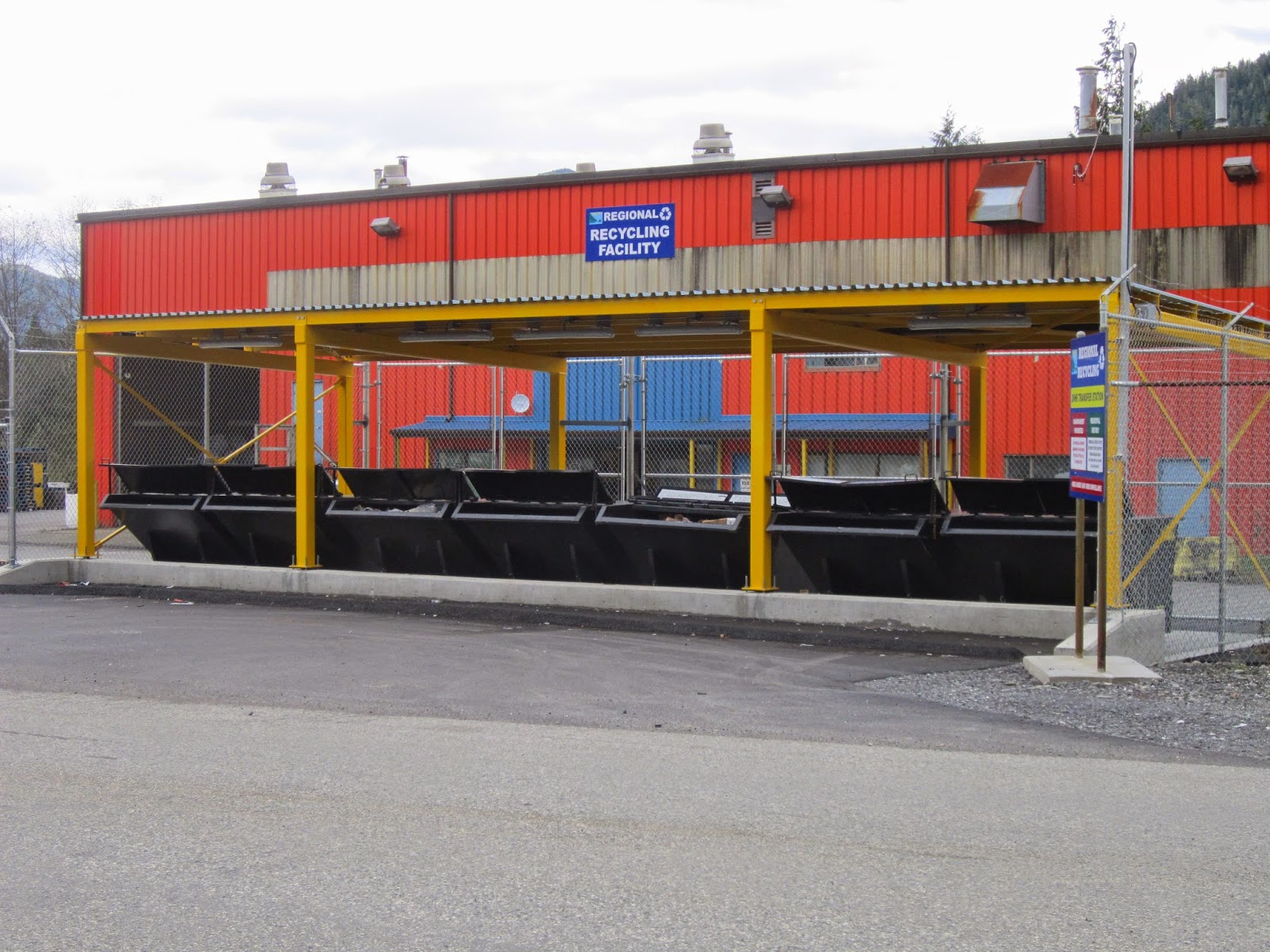 Recent complaints over the state of the newly opened Recycling Transfer Station have reached those on Regional District, as they recently reviewed a report from Tim Des Champ, the Regional Recycling Operations Manager.

In his report of November 21st, Mr. Des Champ outlined the nature of some of the issues that have developed with the opening of the 24 hour option for local residents, with the transfer station at times left with overflowing bins and a range of debris blowing around the Kaien Road area.

Highlighting for the Regional District members that the Recycling Centre has already adopted a few changes to try to resolve the issues.

Included in their efforts, the addition of an extra bin for cardboard and signage that reminds users of the need to flatten their cardboard, something that many do not do, which reduces available space in the bins.

The report also alerted Regional District to a few issues of concern, one regarding safety concerns that led to the Recycling Centre to remove the glass bin at the Transfer Station, which means residents will only be able to deliver their glass items during regular hours of operation.

Another ongoing concern, is the number of Commercial users who are also making use of the Transfer Station, which was not the original plan for the project when it was first outlined, with the program designed for residential users only.

Mr. Des Champ advised that problem may solve itself, once surveillance cameras are installed at the Transfer Station location.

He also called attention to the staffing issues related to long weekends at the Recycling Centre and the impact that those limitation have on the ability to empty the bins in a timely manner during the extended weekend period.

The topic of the Recycling Centre and the Transfer Station situation has been a frequent issue for Prince Rupert City Council you can review those discussion from our Archive page.

For more items related to Regional District issues see our archive here.
Posted by . at 10:42 AM