The project is taking place in the overnight hours from 7PM to 7 AM and with that a number traffic advisories have been put in place by the City of Prince Rupert, including the need for all cars to be off the areas that are in the process of being paved.

Towards that requirement, the City is towing (at owner's expense) any vehicle that has not been moved to a holding lot at the Civic Centre complex for residents to pick up.

On Thursday, the City of Prince Rupert, as well as the Mayor made use of their Facebook pages to reinforce those requirements for residents. 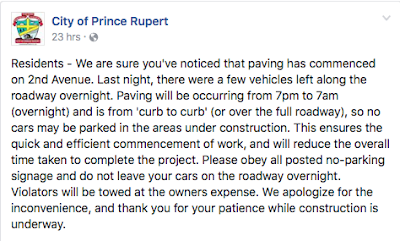 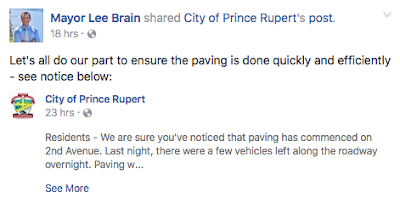 In addition to the downtown core portion of Second Avenue West, the project will also include the repaving of Park Avenue to the Ferry Terminals and the length of McBride from Second Avenue West to the Civic Centre. 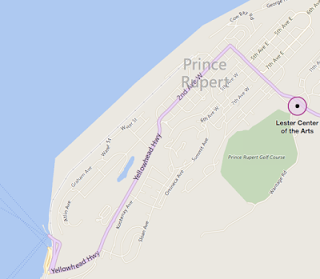 Following the Highway remediation project, the paving crews will then turn their attention towards the Third Avenue corridor with paving to continue through the early summer from Five Corners eastbound.

You can review the scope of the project from this information item from the City's website.