City delegation to FCM meetings gets down to work today

Prince Rupert's travelling group to the nation's capital will get to the work of convention attending today, with the Federation of Canadian Municipalities opening the first day of events and workshops as part of their four day Annual conference in the nations capital.

Representing Prince Rupert are Mayor Lee Brain, City Councillor Wade Niesh and City Manager Robert Long, the trio left Prince Rupert on May 29th, with the Mayor having made note to City Council members of his plans for a range of meetings with Federal government officials setting the tone for the week in Ottawa.

As well as recounting the list of office visits that were in place, the Mayor also highlighted some of the work ahead for the yearly gathering of municipal officials.

The conference opened its Day 1 agenda earlier this morning, with an ambitious schedule of events, information sessions and workshops for those in attendance to take in.

The FCM conference twitter feed is providing for some of the flavour of the event, with a number of photos and information items that follow the pace of the days events. Those curious as to what the annual conference is all about can also follow the FCM through their twitter feed.

One of the themes of the get together is that of Canada's Cities, Canada's Future with the mayors and councillors set to share their ideas on municipal matters through the next four days. 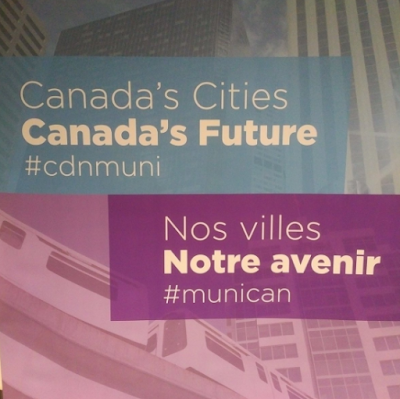 To this point on the journey the Mayor has been somewhat restrained through his social media presence, with only a few snapshots posted to his twitter feed or Facebook page from the capital. Much of the week's social media notes to date have offered reminders for residents to continue to vote for the McKay Street Park project in the BCAA Play Here competition. 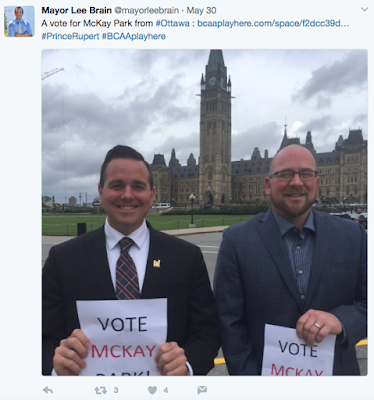 As for the pace of their work in Ottawa in the days leading up to today's conferences, so far there have been few dispatches from those social media platforms to offer up any notes on the ambitious agenda of meetings that were planned.

The FCM convention comes to an end on June 4, with the Prince Rupert travelling party then making their way back west following their week long journey to the capital.

The travellers should be back in Prince Rupert by next week, the first opportunity to share some of their thoughts on their efforts in Ottawa will come with the June 12th City Council session.