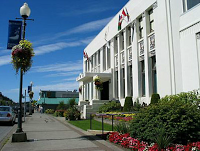 The Prince Rupert Library and Tourism Prince Rupert made for the largest in funding recipients for 2016, the two making for just two from a list of 20 grant recipients to receive funding from the City as of December 31st of last year.

The information review comes as part of the annual Statement of Financial Information process, with the Report to Council to be delivered at Monday's Council session.

From that overview the final tally for Grants or contributions for 2016 saw the City distribute  $1,345.345.00 to local groups or organizations.

The Library accounted for $596,000 of that amount, a thirty thousand dollar increase from the numbers of 2015.

Tourism Prince Rupert gained $225,726 through the city's hotel tax making for an increase of 15,000 dollars from 2015, while the City also delivered $31,500 for the Visitors Info Centre at the Atlin Terminal, the same amount that was provided last year.

Arts and Culture accounted for the next largest group of Grant recipients with the Lester Centre of the Arts receiving $125,250 an increase of 15,000 dollars from 2015. While the Museum of Northern British Columbia was provided with 126,000 in funding, which was also a $15,000 increase from the year before.

That amount made for a significant drop from the capital funding of $49,861 that had been delivered in 2015..

The remainder of the grant recipients were all under the 25,000 dollar level, the full list of the 2016 List of Grants and contributions can be reviewed below: 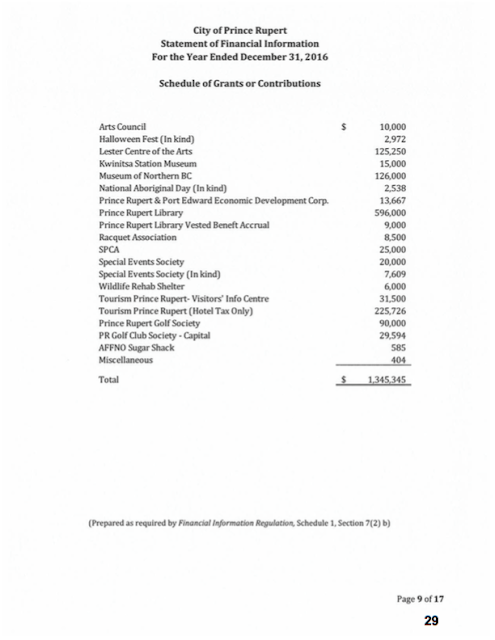 The City pared down the list of recipients in 2016, with only 20 grant listing noted in the SOFI report, that compares to the 24 listings that appeared in 2015.

The full SOFI documentation can be reviewed from the City Council Agenda package for the June 12th Regular Council session.