Last Monday brought a number of officials from Pembina energy to the city, with the group appearing in front of City Council to outline the timeline ahead related to the proposed Liquid Propane Terminal at Watson Island.

The group led by Stu Taylor, Senior Vice President for NGL at Pembina took council through a number of elements related to the history of the company, the status of the proposed Watson Island project to date and where the process will take the company towards the future.

Calling the LPG terminal one that will be serving a niche market, the development is projected to host a 2 to 3 year timeline and come at a cost of over 225 million dollars.

Council members were offered up a look at the logistics of the terminal operation, a process which would seeCN will bring 28 propane cars every day to the terminal, with the terminal shipping product out by vessel once per week.

Council members were advised that by using smaller vessels for shipments, Pembina is targeting markets that include the US and South American destinations though they noted that their plans could also include Asia.

Pembina officials also offered up a comparison in size between what they are planning for Watson Island and some of the larger LNG projects proposed for the region, with the Pembina footprint significantly smaller.

A review of the nature of the transportation process, including safety parameters for rail cars and shipment vessels was also outlined for council, the Pembina team also explored how they plan to engage with local and First Nations governments in the region.

As well, they provided an introduction as to how they plan to engage with local contractors and local procurement for the proposed terminal project. 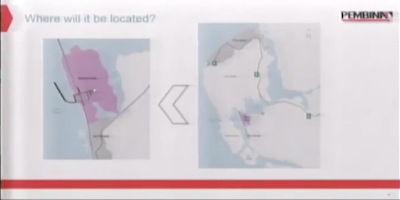 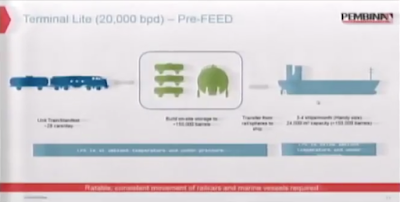 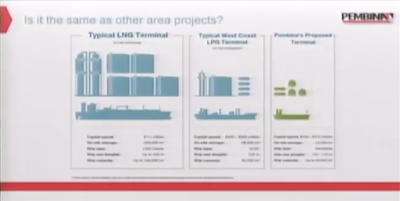 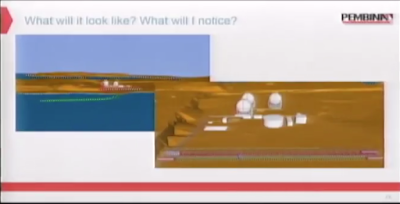 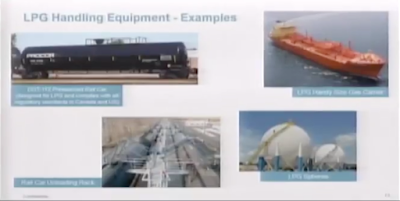 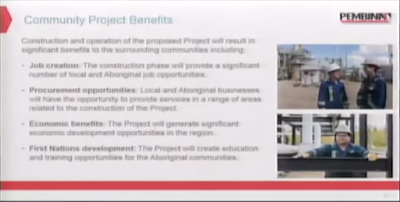 Councillor's Kinney, Randhawa and Niesh offered up a number of questions and observations related to the project, including concerns related to safety and the possibility of training programs for local workers that may wish to work at the terminal.

Councillor Cunningham, focused on local hiring's as well, and also asked for some clarification on the timeline for the project.

As Pembina officials outlined, the timeline for the project would see the company complete the engineering study shortly, then conduct a geo technical and navigation study for the dock and surrounding waters.

From there they would then go to the Board at Pembina to seek final approval for the project and seek permits for the project with the permitting process perhaps taking up to one year from now.

You can review the full presentation to Council from the City's Video archive starting at the fourteen minute point.

Further background on the proposed Pembina terminal complex for Watson Island can be found on our Archive page here.
Posted by . at 11:02 AM