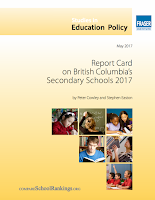 Students across the North Coast will be receiving their final report cards for the year over the final days of June as the 2016-17 school year comes to a close.

The annual ritual indicating areas where work may be needed for when September arrives and studies resume, or for those Grads moving on, the report cards deliver the final documentation from their high school years.

And like the students, the education system itself has also been measured, with last months release of the Annual Secondary School review from the Fraser Institute.

For Prince Rupert those notes would appear to highlight areas where work is required with the statistical review from the Vancouver based research organization noting that Prince Rupert's Charles Hays Secondary is listed at 241 out of  the293 schools that were surveyed.

Among the notes indicated from the report was a Grade 12 enrollment of 178.

Results from the survey provided for an average exam mark of 63.5 percent, with 15.7 percent of exams failed.

The Graduation rate for CHSS is noted at 93.5 percent, while the Delayed advancement rate was noted to be at 4.4 per cent. Both of which are areas where SD52 has seen improvement from pas years.

However declines were noted in such categories as the English Gender Gap and Math Gender Gap. 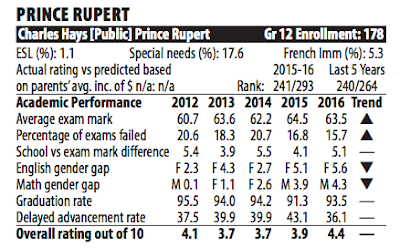 Overall Charles Hays runs middle of the pack for the Northwest, with the top honours from the Fraser Institute this year heading towards the Bulkley Valley, where the Bulkley Valley Christian School moved close to Top Fifty status, achieving a ranking of 67 out of the 293 schools reviewed.

A Graphing tool from the Fraser Institute findings shows the five year path that many of the Northwest schools have taken in a number of categories from the annual assessments. 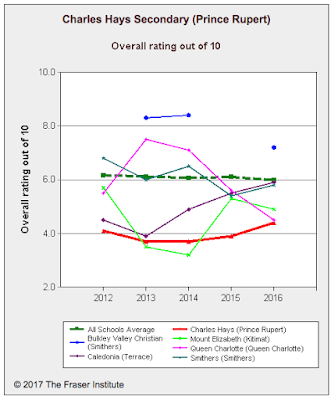 You can review the individual snapshots from across the Northwest below: 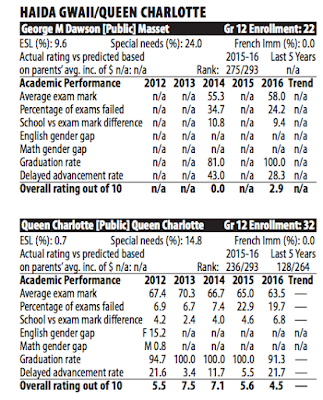 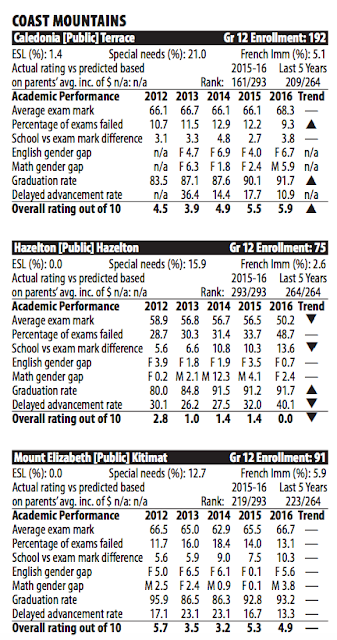 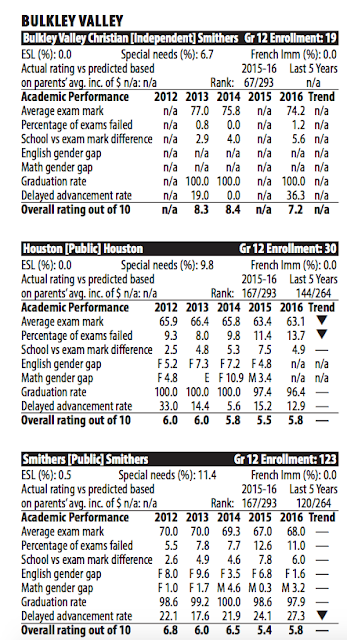 The full Fraser Institute Report can be accessed here.

The introduction to the report provides some notes from authors Peter Cowley and Stephen Easton as well as background to how they have compiled the rankings.

More notes on education across the Northwest can be found on our archive page here.