The latest addition to the fleet at the Prince Rupert Fire Hall is making its way west to the North Coast, as Fire Chief Dave McKenzie took possession of the new apparatus last week from the Rocky Mountain Phoenix Factory in Minnesota.

The handover notes were posted to the Rocky Mountain Facebook page this week, offering a glimpse for local residents to the state of the art equipment that local fire fighters will soon be able to put to use in the community.

The specifications for the Crossfire EXT Rosenbauer pumper can be reviewed here.

The process of seeking out a replacement for the current pumper began in May of 2016, with the City of Prince Rupert putting the request for bid out to tender.

The acquisition was included as part of the City's Capital projects list for 2017.

The contract  was awarded to Rocky Mountain Phoenix in mid 2016.

Some photos of the new generation of equipment for the Prince Rupert Fire Department can be found below, courtesy of the Rocky Mountain Phoenix Facebook page, the full slide show of photos can reviewed here. 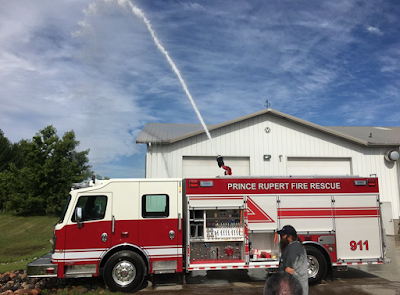 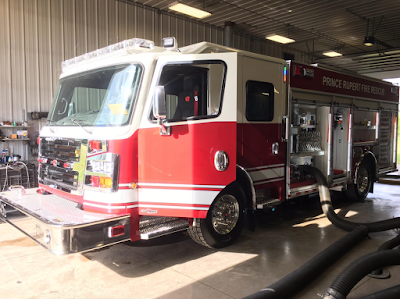 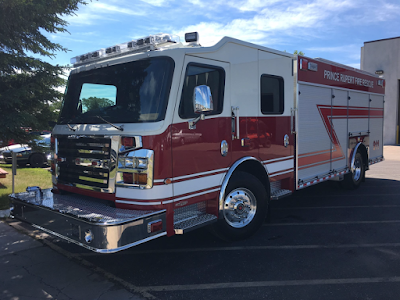 The soon to be replaced pumper is currently listed as For Sale on the Rocky Mountain Phoenix website, one final glimpse of its abilities can be viewed here.

More notes on the work of the Prince Rupert Fire/Rescue Service can be found on our monthly review pages here.