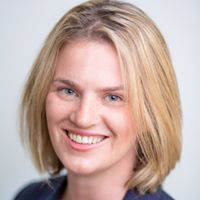 Almost one month has passed since we counted the votes on the North Coast with the voters of the riding returning North Coast MLA Jennifer Rice to the Legislature for another term, though as the weeks have played out, the nature of her term of office and whether she will be a member of the government or opposition, or both perhaps, still has to be determined.

A bit of progress on the eventual return of the politicians to the debating chamber was delivered yesterday, when the current House Leader Mike de Jong announced that the Legislature will be recalled in two weeks, with MLA's to be back at their desks on June 22nd.

That may mark the start of a change of government before too long, as it's widely expected that Ms. Clark and her Liberals will face a non-confidence vote that could deliver an NDP government, backed by the newly increased Green contingent in Victoria.

Then again, as British Columbia works its way through its month of House of Cards like plot twists, we could very well end up heading back to a polling booth at some point depending on how the latest shift in the political dynamic plays out , as the MLA's tackle what is the next flash point for B.C.'s political theatre that being the quest for a Legislature Speaker.

Mr. de Jong telegraphed some of that intrigue as part of the Statement from Wednesday.

“The first order of business in this new parliament will be the election of a speaker. After which, and in the aftermath of a very close election, the government will seek to determine if it continues to enjoy the confidence of the house.”

Beyond all of that drama still to come, the North Coast MLA herself  appears to be looking forward to getting back to work, and while Jennifer Rice has been unusually refrained from her social media contributions of late ...

The returning MLA has been found in the occasional news dispatch from around the region over the last few weeks, offering up a range of thoughts on the NDP/Green arrangement and recent concerns from Northern BC on the regional economy.


For the most part though, Ms. Rice, like the rest of us, has been left to watch with some interest as the script continues to unfold in the provincial capital.

The latest of updates on developments can be found from our political portal D'Arcy McGee where we've been tracking the back and forth between the Liberal, NDP and Green parties as we make the slow trek towards the House recall and all that will follow the Throne Speech.

Those notes can be reviewed here.

For notes related to developments from the North Coast Riding, see our Legislature archive page here.