Kraft Hockeyville opens the nominations for 2018 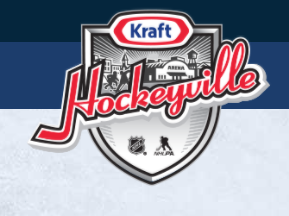 The days are still early, but so far, there's no official entry in place for Prince Rupert as the Kraft Hockeyville nomination process opens for a new year, with the popular Cross Canada competition already taking names as communities begin to build their campaign to claim the title for 2018.

Up for grabs for the winning community are 250,000 dollars in Arena upgrades and the opportunity to host an NHL Pre-Season Game.

Those that finish just short of the Hockeyville title will also have a chance to win prizes for 2nd, 3rd and 4th placement with 25,000 dollars in Arena upgrades to be delivered to those communities. 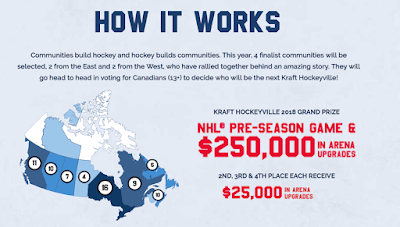 Last year the Hockeyville campaign on the North Coast caught the interest of many in the region, who submitted video presentations and other material to try to make the case for Prince Rupert as Hockeyville.

This years final voting will come down to a battle between East and West, with four finalists to be selected from this years entries, two from Western Canada, 2 from the East.

The nominations close on February 11th at just before midnight Eastern time.

The timeline from that deadline looks as follows: 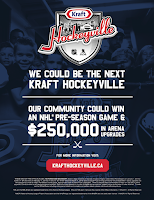 Kraft Hockeyville organizers have offered up some support material and background information on how local communities can get the ball rolling in getting their community into the competition.

The Official Rules and Regulations are available for a review here.

You can learn more about the competition here.

Should Prince Rupert organize a campaign for 2018, we'll keep you up to speed on the progress with follow up items as the countdown to February 11th continues.

More notes on the local Minor Hockey scene can be found on our archive page here.
Posted by . at 11:31 AM