Canadian Cool in the Arizona heat: Taylor Northcott and Sun Devils on countdown towards ACHA playoffs 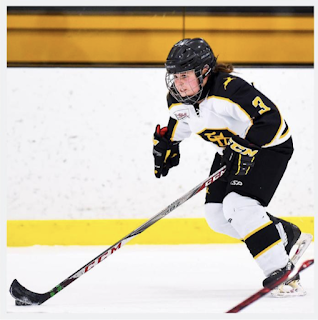 She originally hails from perhaps one of the wettest places on the planet and plays her hockey in the sunniest and driest of climates, with Taylor Northcott making for the most southern of Rupert athletes taking to US college sports with the Arizona Sun Devils.

The third year  ASU student, currently patrols the Sun Devil blue line with a goal and six assists for seven points in the fifteen of the nineteen games that the team has played in so far in the 2021-22 season.

Joining the Sun Devils in 2019, the former Rupertite, played her high school hockey at Shawnigan Lake prior to heading to the ACHA and the pace of University Hockey in the US. 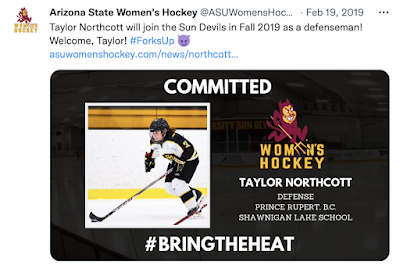 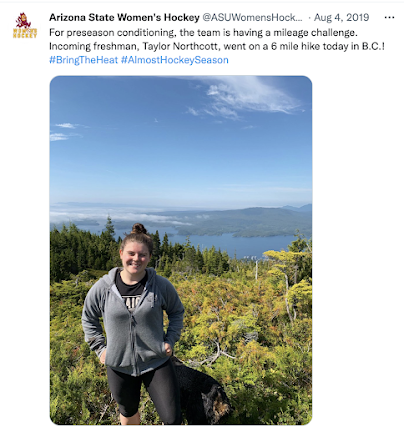 With last year's season cut short by COVID, 2020-21 has brought a return to the ice for the ASU program, with the Sun Devils  currently ranked tenth  in the ACHA standings, with seven games to go in the regular College season.

In their own conference the WWCHL, the Sun Devil program is currently ranked number one with a 9 and 1 record,  with that success, they will host the Regional Conference Finals later in February. 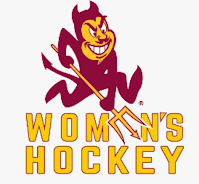 That tournament will take place February 18th through 20th, with the conference championship slated for the morning of February 20th.
The top 4 teams in the WWCHL will play for the conference title.
The champion will receive an automatic bid to the ACHA DI national championships.

You can keep up with their travels towards the playoffs and find occasional links to stream casts through the team's Facebook page or ASU twitter feed.

More notes on Prince Rupert athletes pursuing their sports in other locales can be explored here.
Posted by . at 9:19 AM