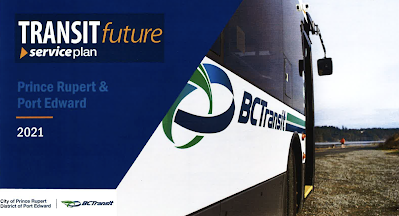 Port Edward's Mayor and Councillors will receive a presentation tonight that charts the course ahead for transit for both the residents of the District and the neighbours in Prince Rupert, as BC Transit provides some thoughts on the current service and how it could evolve.

The overview which is available as part of the District of Port Edward Agenda package for tonight, opens with a snapshot of the current situation for both Port Edward and Prince Rupert.

As BC Transit notes, both communities realized a decline in ridership from 2012-2020, with the recent COVID years adding to the declines that have impacted both Prince Rupert routes and that to Port Edward. 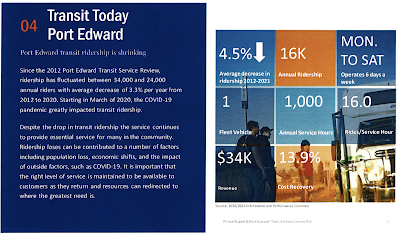 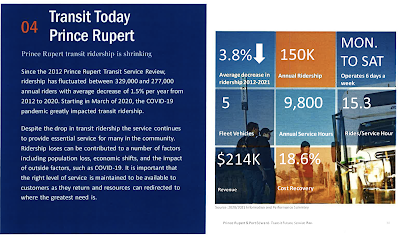 When it comes to engagement with the two communities, BC Transit has received feedback that has identified some of the key areas of note or concern for transit users in both communities.
The commentary providing BC Transit with the areas that they plan to put their focus on when it comes to Service Priorities between 2022 and 2026. 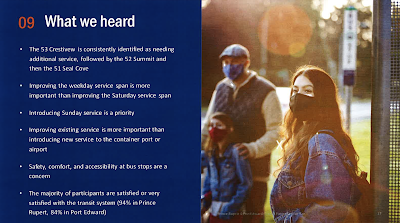 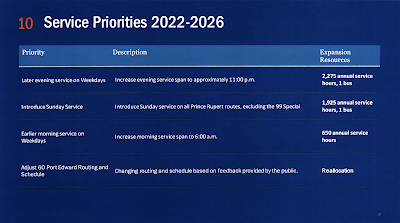 Among some of the notable areas for action are, increasing weekday Service, introducing Sunday Service in Prince Rupert, as well as some modifications for Route 60 between Port Edward and Prince Rupert. 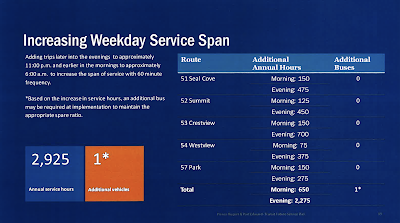 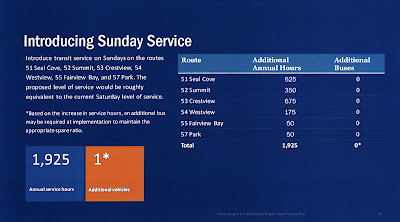 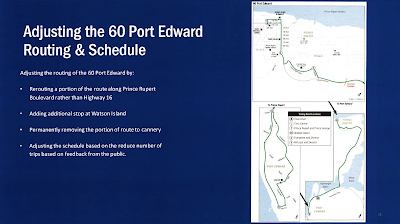 One item from the Port Edward route review will surely catch the eye for many in the region, with a recommendation for the removal of the portion of the route that travels to the North Pacific Cannery Historical Site.
Looking further down their timeline BC Transit's documentation notes of introducing a new route to the Fairview Container Port,  extending Saturday evening service to 9PM and starting earlier on Saturdays.
BC Transit also has plans towards investing in infrastructure for Bus Stop shelters and other amenities across their Service region. 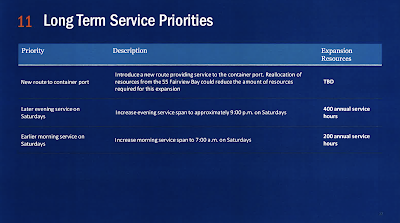 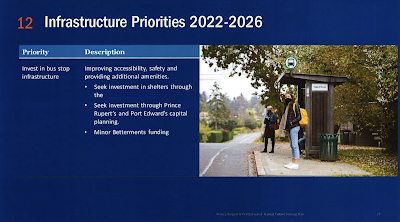 The Service Plan and Transit vision also notes how the BC Transit themes can work with the Official Community Plans for Prince Rupert and Port Edward.
It's not know at the moment if the City of Prince Rupert's council will be hosting a similar information session in the weeks to come as part of their agendas for upcoming council sessions.
Earlier this month the province outlined plans for an information upgrade for transit users in the region, with the Next Ride program to be introduced over the summer, that initiative will allow transit users to track their bus and explore other transit themes.
More notes on Transportation across the Highway 16 corridor is available here.
Posted by . at 10:54 AM