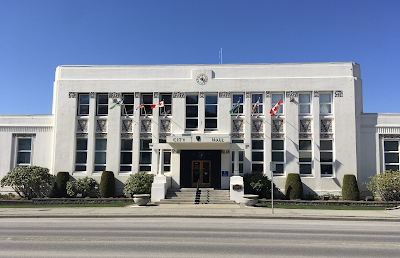 The checklist of major projects gets a look over this evening as the City of Prince Rupert's Director of Operations Richard Pucci, delivers a report on the progress of some of the highly anticipated projects underway.

Of particular note for this month's overview the potential opening for the Eat Street Square project for the west end of Third Avenue West along with some progress for the extension of Third Avenue East, which will loop around the RONA location to meet up with George Hills Way in the future.

How things are progressing for the Waterfront plans is also on the list for tonight, as is the home stretch for the Woodworth Dam, which now is listed as at 90 percent completion. 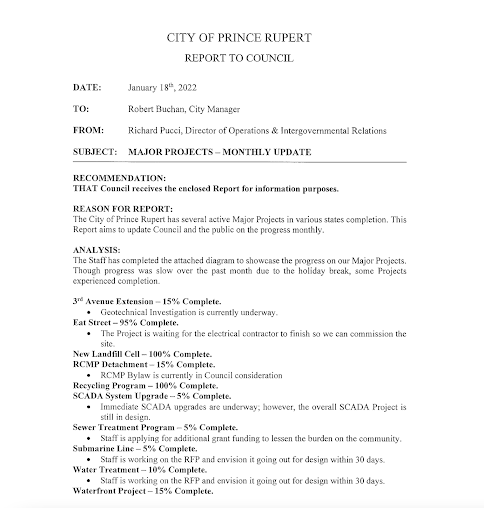 Council members will have an opportunity if they wish to follow up on some of the items from the report and some further background on the Dam project is one that might catch their interest.
That with a note from the report as to how the  structure is now less susceptible to flood risk, a mention that might invite some further details towards a review of the topic.
The checklist for January looks as follows:
A preview of tonight's Council session can be explored here.
A wider overview of notes from the City's operations department is available here.
Posted by . at 10:44 AM