Rampage homestand offers chance to solidify hold on Second place; set the pace for a scoring championship run for Hunter/Repole 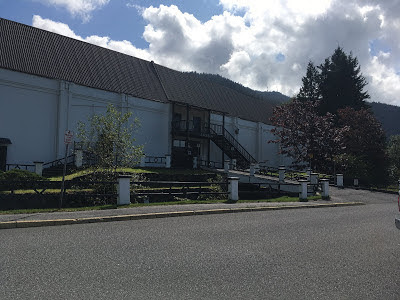 After a long, long absence the Prince Rupert Rampage and their fans can catch up on things this weekend, that as the Rhinos return to the friendly confines of the Jim, for a weekend homestead against some invaders from the Cariboo.

The last time that the Rampage skated out for the warm up to a friendly crowd was back on December 11th when they lost a hard fought battle with the Terrace River Kings.

Since then the team has been on Road Warrior duty, logging kilometre after kilometre of CIHL mileage through the month of January.

Now the skates are on the other feet, with the Williams Lake Stampeders and the Quesnel Kangaroos making the trek to the North Coast, the Stamps in town on Saturday night, the Kangaroos making for an afternoon affair on Sunday. 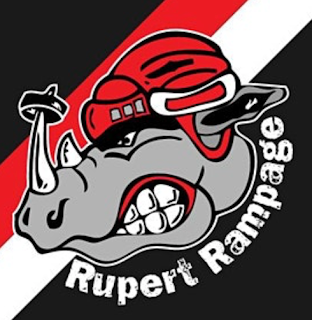 With the CIHL Regular Season coming up to the end in early February, this homestand could set the Rampage up in good stead for the playoffs.

With a Second place finish up for grab as the weekend arrives, the first place Terrace River Kings having had a remarkable run in 2021-22 would appear to be safe in the top spot heading down the homestretch.

Though a run of the table for the Rampage and a couple of stumbles for the River Kings and maybe a discussion for first place will come up on February 5th when Terrace comes to town for the season ender.

For the moment for the Rampage, the showdowns with the Cariboo teams feature the two teams directly below them in the standings, both still looking to improve on their playoff situations.

While team always comes first, for a pair of Rampage snipers, this weekend also offers a chance to make a move in the CIHL scoring race.

For Rampage Forward Hunter Johnson the two game homestead will provide opportunity to build on his one point lead on Colin Bell from Terrace, while Judd Repole will be looking to close the gap from fourth to first, which at the moment is just three points.

Mostly though, the weekend provides the Rampage a reunion with their fans, as devoted a fan base in the CIHL and one ready to bring some noise down to the Madhouse on McBride.

The Pregame Lineups for both contests can be reviewed below:

Tickets are available a the door for both contests this weekend, with the Rampage sharing some further notes on the twin games through their Social Media page. 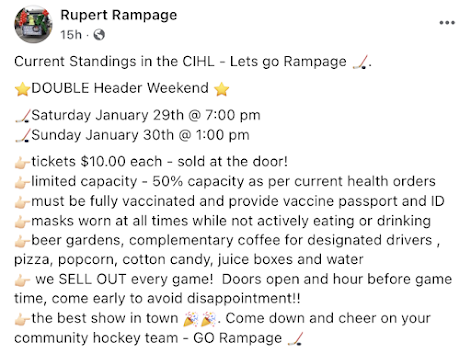 If you have some spare time, the Rampage would like to share some of it with you, they are currently looking for volunteers for a range of duties on game day. 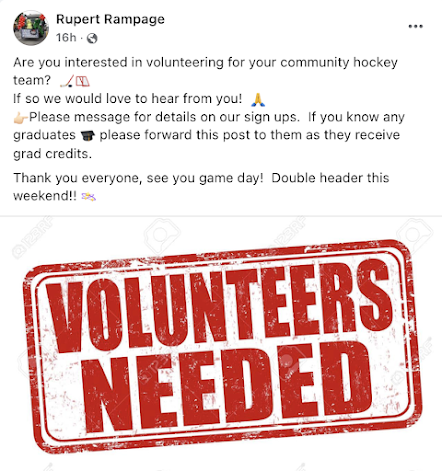 More notes on the Rampage and the CIHL can be found from our archive page.