The race for second place in the CIHL tightened significantly over the weekend, with the Prince Rupert Rampage dropping from second to third spot overall following a pair of losses at the hand of visitors rom the Cariboo on Saturday and Sunday. 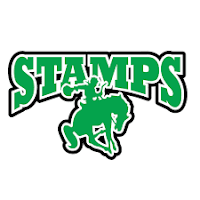 The weekend double header opened with a visit by the Williams Lake Stampeders Saturday night at the Jim and the Stamps put their mark on the Rhinos early and often with four goals in the first period.

The visitors adding two more in the second before the Rampage could manage an answer, the first Rampage marker of the night going to Kory Movold, with assists from Tyler Ostrom and Marcus Atchison at the 12:11 point of period number two.

Four minutes later, Movold would have a helper on the Rhino's second, goal that a marker from Cole Atchison.

The third period show some push back from the home side as the Rampage picked up two more goals closing the gap on the Stamps, with Jean Luc Rendell-Fouries scoring at 7:36 of the third frame on the power play, with assists for Jacob Sanurbano and Korny Movold.

That however is where the comeback came to a stop, with the Stamps holding on for the 6-4 victory, the game a rather tame one compared to some of the past visits by the Williams Lake side.

On the night, the Stamps served 12 minutes of penalty time on six infractions, the Rampage 8 minutes on four infractions.

The full scoresheet for the Saturday contest can be reviewed here. 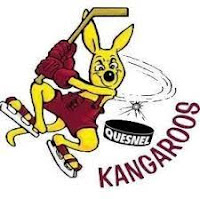 Sunday afternoon brought he Quesnel Kangaroos to town and they too found the net often, though the game did get off to a positive start for the Rampage, with Kory Movold claiming an unassisted goal fifteen minutes into the first period, a goal however which was answered quickly by the Kangaroos three minutes later.

Quesnel hit their stride in period two, with two quick markers mid period taking a 3-1 lead, a gap which was closed to one goal following Jean Luc Rendell-Fournier's marker at the 18 minute mark, helpers going to Hunter Johnson and Kory Movold.

That however would be the last of the Rampage scoring on the weekend, Quesnel picking up two more goals in period number three to take the 5-2 victory.

The Sunday matchup was somewhat more physical than Saturday's with the Kangaroos assessed 26 minutes of penalty time on 9 infractions, the Rampage sitting out 8 minutes in the box on 4 infractions.

The full scoresheet for Sunday's match up is available here.

The Rampage stumble over the weekend should ensure that the Terrace River Kings keep a hold on First overall in the CIHL, the Prince Rupert side now dropping to third, with one game left on their schedule.

Hunter Johnson aided his own cause atop the CIHL Scoring leaders tables, with two points on the weekend; however he may need a strong showing next weekend to hold off the charge of Colin Bell in Terrace who is just one point off the pace heading down the homestretch of the CIHL season.

Next week, the River Kings travel down the road from Terrace for a Saturday contest at the Jim Ciccone Civic Centre.

You can keep up with the latest news from the Rampage room from their Facebook page.

More notes on the CIHL can be explored here.