With the snow and ice now gone from the city's streetscapes, residents and motorists in Prince Rupert are gaining a quick tutorial in the freeze-thaw cycle of road remediation, with the now cleared of snow streets showing the impact of the last six weeks of winter weather.

Across the city road surfaces are making for a challenging obstacle course for motorists looking to avoid a visit to their mechanic for a front end realignment or worse.

One are of particular challenge at the moment, is the route from the Yacht Club through to Mariners Park.

That is where a city street slalom  course starts, with a growing hole in the Cow Bay Bridge followed by a range of potholes through the Atlin Terminal area, to bring that run to an end is some crumbling roadway along the Marine's Park area into the Downtown entrance. 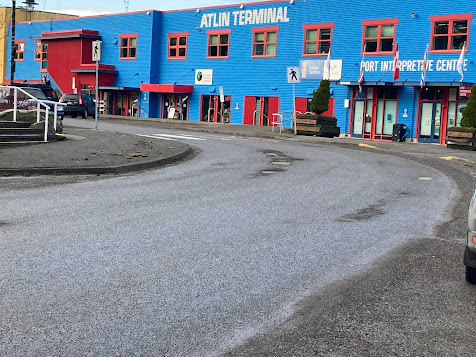 On the West side of the city towards the hospital both routes for Summit have some challenges, with the Roosevelt Park ride towards the hospital the start of another area where motorists will want to be going slow and watching the surface as the potholes await your passing. 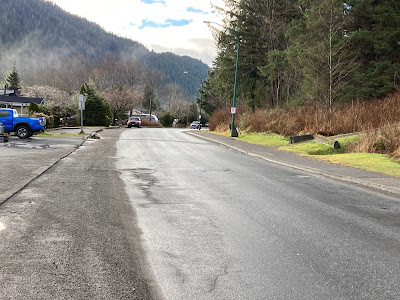 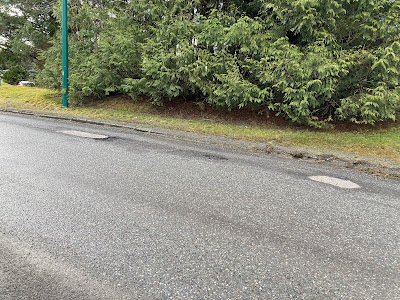 For City crews the next few months ahead will be those  of temporary fixes, fill and refill with patch jobs while they await the blue print for the 2022, paving plan.
Towards that annual delivery of blacktop, Councillor Wade Niesh made note of the the road work ahead as part of Council's preview of Capital projects in mid December.
"It's another year that we get to put another million dollars into this and it just keeps adding to our ... you know we'll get ahead a little bit ... It's never enough. You know, in previous years when it was only 400,000 dollars it didn't really get you anywhere and now that we've been able to put a million into for a couple of years, now we're going to do it again. It's only going to start making our roads that much better. And maybe in the future we can even go higher than that" -- Councillor Wade Niesh on paving planning at City Council in December.
This year Council has once again will make use of the Federal Gas Tax Funding to put together the one million dollar paving plan, with the details of what streets will get the most attention to come later this year, as well as the Request for Bids for contractors to hit the streets with some new blacktop for 2022.
While the roads make for the sign of the work ahead in the spring, one symbol of the six weeks of wild winter weather for Prince Rupert remains, with the giant snowberg created by the city's work crews storing of snow at the Civic Centre still on display.
Slowly melting off, its a visual that has lost some of the winter scape beauty of freshly fallen snow of a few weeks as the rain arrived and the melt continues. 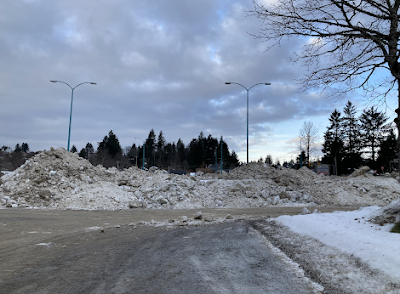