Skeena MLA expenses tops for BC NDP in September 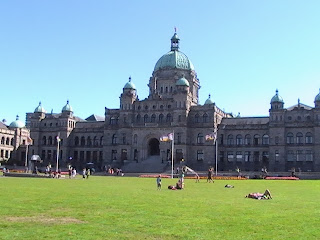 The monthly review of expenses for British Columbia's NDP MLA's has been posted to the NDP's website and for the month of September, Skeena MLA Robin Austin offered up the receipts that required the most in the way of counting.

Austin's September totals came in at $6,088.59, placing him at the top of the NDP's expenses files for the month, you can review his expense information here.

Stikine's Doug Donaldson had the third most expenses submitted for the month at $4,651.85, the review of which can be found here.

The North Coast's Jennifer Rice, the third member of the Northwest contingent of NDP MLA's in Victoria, was further down the expense listings for the reporting period.

Ms. Rice submitted information that outlined expenses for September of $3,011.66, you can review her report here.

Her September report numbers are slightly higher than the report submitted for August, but significantly lower than her first report for July.

At that time,  the July review on MLA expenses generated a fair amount of discussion on spending by the province's politicians.

To their credit, the NDP has continued with its transparency program on MLA's expenses. Providing an  easy to use data base for British Columbians to consult, something that the BC Liberals may wish to review, in order to offer up their own accounts of MLA expenditures.

And while the NDP's release of expense information provides for a better understanding of life as an MLA, it has also helped to spur on some discussion over some other spending issues of concern by provincial politicians.

One item that has been discussed a fair amount in the last month is that of the Housing Allowance for MLA's, a financial benefit that is now under review following a number of reports from the Victoria Times Colonist.

The Times Colonist review offered up some background on the accommodation allowance and some of the fall out of late that has come out of the discussion about it. One key observation from the article is, that for the recent 36 day session of the Legislature from June to July, the cost of housing MLA's approached 1 million dollars

With the Fall Session of the Legislature now cancelled by the governing Liberal party, that Housing allowance is coming in for further study. Offering up some question as to whether it may need to be reviewed and modified, considering the lower number of sitting days at the Legislature in the capital.

Rob Shaw of the Victoria Times Colonist followed up on that theme, providing  this look at where the Government may go from here.

However, not all MLA's believe that the accommodation allowance is overly generous. In another article for the Victoria paper,  Rookie Liberal MLA Mike Bernier outlined his belief that for the MLA's from more distant locales (Bernier is from Peace River south) the $1,000 dollar a month living allowance doesn't cover expenses.

We imagine that is a suggestion, that most likely won't find a lot of sympathy or support away from the Legislature.
Posted by . at 10:53 AM