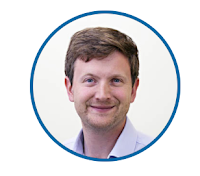 Members of BCGEU, one of the major union groups in the province will have the chance to speak with their leadership this week, as Executive Vice President, James Coccola travels through the area visiting a range of work sites in the Northwest.

Mr. Coccola's journey started on Sunday in Prince Rupert, where he met with local members at the Crest Hotel for breakfast meetings, followed by a visit to the Prince Rupert BC Liquor store outlet.

Today he's moved inland, with a number of sessions planned with workers in New Hazelton and Smithers.

The union official will wrap up his tour of the Northwest with a two day stop in Terrace Tuesday and Wednesday, where a number of meetings have been scheduled with local union representatives and members.

The labour leader offered up an observation of his tour to this point through his twitter feed, making note of the weather forecast ahead for the next few days.

More on his tour is available here, while a wider overview of the work of the BCGEU can be found on their website.

You can follow the Northwest labour scene from our archive page here.
Posted by . at 8:53 AM

Email ThisBlogThis!Share to TwitterShare to FacebookShare to Pinterest
Labels: BCGEU tour of NW