British Columbians to practice their earthquake drills this morning 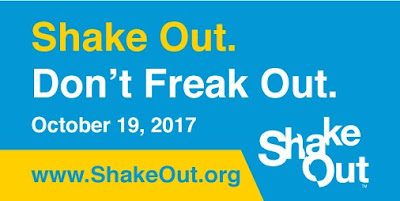 Today is the day dedicated towards preparing for earthquakes in the province with the Great British Columbia Shake Out set for just after 10 AM today, when British Columbians will drop, roll and cover when the clock strikes 10:19.

The annual exercise takes place in the third week of October and provides for an opportunity for British Columbians to become more seismic aware and prepare for the immediate period that would come after a major event and what communities may face in that aftermath.

Part of the project today is community involvement and towards that organizers of the Shake Out have been asking British Columbians to register for today's exercise.

Heading into the morning, the totals for the North Coast Regional District have 4,807 participants ready to take part and ready to drop, roll and cover.

You can review the breakdown as to who is taking part on the North Coast here.

The Province is hoping to see over one million British Columbian's sign on for today's event and so far they're at just over 860,000 participants registered. 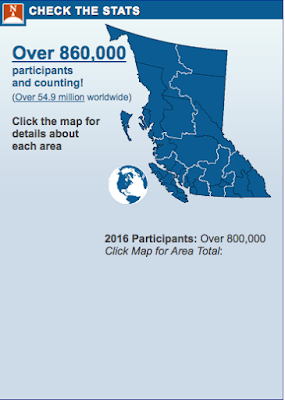 For those that plan to participate but haven't gotten around to registering, there's still time to include your group or office in the totals, click here for more details.

In addition to awareness of seismic concerns, for those of us living on the coast comes the need to be informed on the dangers of tsunamis and how to prepare for those events which come with strong earth movements under the ocean.

Should there be a Tsunami notice generated by any seismic event, the North Coast and Haida Gwaii are identified by Area A in the Province's Tsunami Guide. 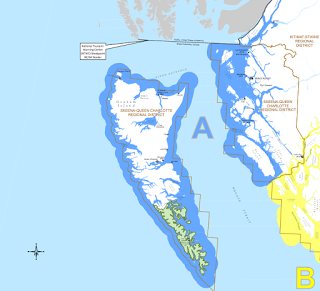 The Province of British Columbia has prepared a guide on how to prepare and respond to any disaster incident, you can find those notes here.

To review some of the past seismic incidents along the British Columbia coast see our archive page, which has been tracking the earth movements over the last few years.

North Coast MLA Jennifer Rice, who is also the Parliamentary Secretary for Emergency Preparedness has been fairly active on social media this week reminding British Columbians of the need to prepare and to take part in today's Shake Out.

Some of her themes for the day can be found from a pair of videos created for today's event.


More notes related to today's Great BC Shake out can be examined here.

More background on items of interest out of Victoria can be found on our archive page.

Email ThisBlogThis!Share to TwitterShare to FacebookShare to Pinterest
Labels: Great BC Shake Out 2017