It was a quick trek to the Northwest this weekend for Premier John Horgan, making his first journey into the region since he was elected Premier.

It's been a while since Mr. Horgan has taken advantage of the chance to catch up on some of the economic development of the region, through the course of the May election campaign that propelled him to the Premier's office he never quite made it as far as Prince Rupert while on the campaign trail.

The Premier's tour of the Northwest began in Kitimat, where he had a tour of the new Rio Tinto Facility in that community and then took part in a community celebration of the first year of operation for the new smelter.

Energy Minister Michelle Mungall, who was touring the area with the Premier,  also offered up some comments on the fate of LNG for the Northwest as part of the tour of the Kitimat region on Saturday. 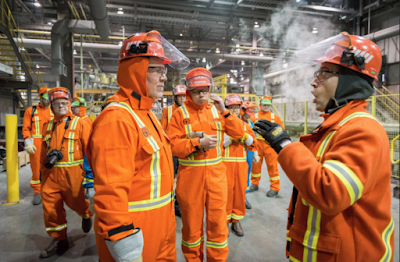 Mr. Horgan's travels to Prince Rupert provided the Premier an opportunity to take note of the progress of the AltaGas terminal project at Ridley Island, where a large storage tank is taking shape on the AltaGas site, located adjacent to the Coal Terminal property. 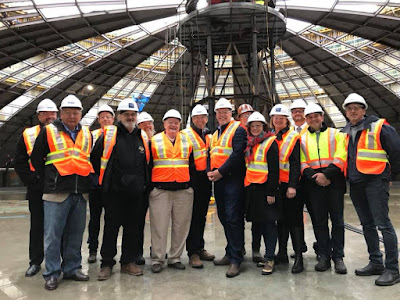 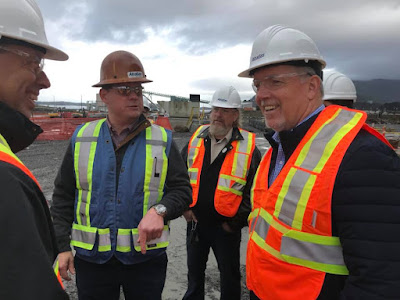 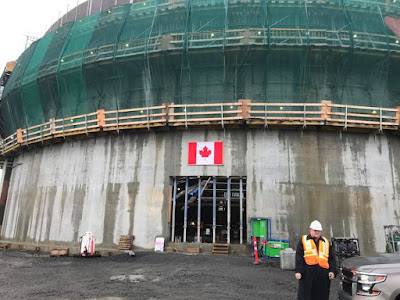 Along for the journey to the AltaGas Facility at Ridley Island was MLA Jennifer Rice,  Energy Minister Michelle Mungall, also noted as taking part in the tour of the site Sunday was Mayor Brain, Mayor Dave MacDonald in Port Edward, Mayor John Helin of Lax Kw'alaams.

AltaGas CEO Dave Harris and representatives from the Prince Rupert local of the ILWU were on hand to provide the review of progress on the industrial facility for the Premier. Once it is completed in 2018, the AltaGas terminal will ship Liquid propane to foreign markets making use of the Ridley Terminals dock.

Following the tour, the Provincial Government highlighted the Premier's notes of his trip to Ridley Island and the job creation that NDP government says that the project presents.

You can learn more about the industrial project here.

North Coast MLA Jennifer Rice shared photos of the event (see above), as well as some notes on the Sunday tour through her social media portals of Facebook and twitter.

As the reviews of the Premier's tour of the region come in we'll add them to our Legislature Archive page here.

More notes on the province's political scene can be found on our D'Arcy McGee portal.

Email ThisBlogThis!Share to TwitterShare to FacebookShare to Pinterest
Labels: Horgan tour of NW October 21 and 22