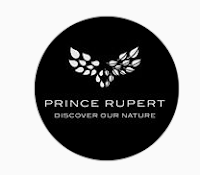 As the tourism year winds down on the North Coast, Tourism Prince Rupert and the Prince Rupert Port Authority are hailing strong numbers from the cruise industry as part of the recipe for the productive season just passed.

Such were the numbers over the summer for Prince Rupert that the Prince Rupert Visitors Centre and Port Interpretive Centre at the Atlin Terminal saw over 20,000 visitors stop in to learn more about the community, something which Natalie Allen, the Visitor Services Assistant for the Port of Prince Rupert took note as part of a media release on the tourism results.


“Overall we had a phenomenal tourism season. We saw over 20,000 people walk through the doors of the Prince Rupert Visitor Centre and Port Interpretive Centre in our 2017 summer season, a 35% increase over 2016,” ... “We’re fortunate to have the dual platform of the Port Interpretive Centre and Visitor Centre in Prince Rupert. The two services are really complimentary, as the port is central to the history of the community and its current growth and economic success.”

The increased level of cruise ship traffic arriving at the Northland Terminal had a major impact of those increased levels for the summer, with 2017 now officially the largest cruise season seen in the region since 2011.

26 cruise vessels arrived in Prince Rupert through May until October, making for a 100 percent increase from the year before and setting the stage for further growth in the years to come.

The region has also seen an increased level of travel from bus tours and other excursion opportunities, with Tourism Prince Rupert's Scott Farwell hailing some of the elements that have helped build on the success of the past.

“Prince Rupert’s natural attributes including world class whale watching, grizzly viewing, sport fishing and cultural tourism, combined with its geographic location on the Totem Circle Tour and the proximity to Alaska, resulted in a winning formulae for summer travel,”  ...  “Tourism Prince Rupert will continue to work with stakeholders and industry partners to develop additional shoulder season capacity. We are excited about our partnership with the Port of Prince Rupert to operate the Visitor Center and will continue to look for innovative ways to provide service to visitors.”

Prince Rupert tourism officials will have an opportunity to share their cruise ship observations and other tourism related issues today and tomorrow when the Northern British Columbia Tourism conference takes place in Prince George.

For more notes related to the 2017 tourism season on the North Coast see our archive page here.
Posted by . at 10:20 AM

Email ThisBlogThis!Share to TwitterShare to FacebookShare to Pinterest
Labels: Strong numbers for tourism in 2017