BC Transit is about to change the service provider for Transit across the Northwest portion of the province, with the provincial Transit Service  announcing earlier this month that Alberta's Pacific Western Transportation has been awarded the contract for service delivery starting this year.

The shift from the current operator First Transit comes after a competitive bid process that BC Transit had hosted in 2017. No terms were revealed by BC Transit as to the length of the contract, or the provisions in place from the agreement.

The Alberta based company is best known for its work in industrial Transportation solutions, providing services for some the largest industrial sites in Alberta including the Fort McMurray Oil Sands plants, the company is perhaps best known for their Red Arrow route system across that province. 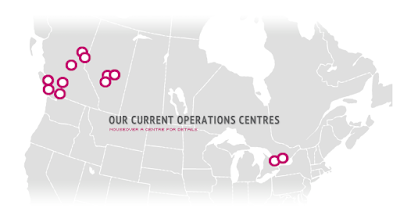 The company also has a strong presence already in the Terrace region, providing school bus and other transportation options in the Northwest and would seem well positioned to expand on the Province of British Columbia's Highway 16 shuttle bus program that currently runs between communities from Terrace to Prince George.

Prince Rupert has yet to sign on to that provincial transportation initiative, with the City of Prince Rupert and its Social Agency partners preferring to make use of a Transportation plan hosted by the city's Transition House Society.

The changeover for the Transit Systems in Prince Rupert/Port Edward, Terrace, Kitimat, Skeena and Hazeltons is expected to be a seamless process with little impact anticipated for local transit users, it to be completed by April 1st.

For more items of note related to Transportation along the Highway 16 corridor see our archive page here.
Posted by . at 8:49 AM

Email ThisBlogThis!Share to TwitterShare to FacebookShare to Pinterest
Labels: New Transit operator for NW BC