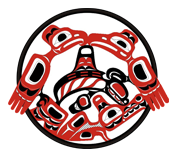 With a death in the community requiring a change of schedule for an update on Treaty consultations for Metlakatla residents this month, the First Nation government is set to deliver its latest notes on the community's treaty process in February.

As we outlined on the blog earlier this month, meetings had been scheduled for January 14th for both Metlakatla and Prince Rupert, however owing to consideration for the families those meetings were cancelled.  Two further meetings in Prince George and Vancouver went ahead later in the week.

The new date is February 5th, with the update for residents in Metlakatla to take place at the Band Office from Noon to 3PM.

That same evening, an update for those living in the Prince Rupert area will take place at the North Coast Convention Centre (below Chances) from 5:30 to 9PM

The sessions will provide some background on the state of the ongoing treaty process that has Metlakatla at stage four of a six stage process.

If you plan to attend you are asked to contact Shaun Thomas at 778-629-1004 or by email at sthomas@metlakatla.ca

Updates on the meetings and other notes from the community can be explored through their Facebook page.

To return to the most recent blog posting of the day, click here.
Posted by . at 2:48 PM