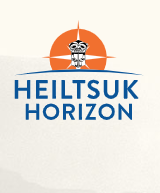 The Heiltsuk First Nation is welcoming a response from the Canadian International Trade Tribunal, with that dispute resolution body set to review a complaint from Heiltsuk Horizon Maritime Services Limited that called into question a key performance requirement when it comes to the process of procurement for two emergency vessels for protection of Canada's West Coast.

As we outlined on the blog in August of last year, the bid from Heiltsuk Horizon was unsuccessful in a call for bids from the Federal Government for the towing vessel contract.

At that time, the Federal government awarded the contract to an Atlantic based company Atlantic Towing Limited from Saint John New Brunswick, part of the Irving corporate structure, a move that raised more than a few eyebrows at the time.

The contract award was part of the Liberal government's 1.5 billion dollar Oceans Protection Plan which has made consultation and engagement with First Nations a major element of the program roll out.

In an information release last week, the Heiltsuk First Nation Chief Councillor Marilyn Slett, outlined her view of the decision to review the elements related to the contract bids of one year ago.

“Heiltsuk Horizon is pleased the Tribunal has found merit in part of our complaint and we are waiting to assess the written reasons to follow.

From day one, we stated the procurement process was flawed and that the vessels awarded are older and far less powerful than the newer, state-of-the-art vessels Heiltsuk Horizon has proposed.”

The concerns from the Heiltsuk-Horizon consortium are focused on the absence of any proof that the vessels to be used will meet specifications for towing ability.

“The contract was awarded in the absence of the required proof that the vessels met the mandated towing power. We hope this recommendation leads to a reconsideration of our Heiltsuk Horizon vessels, which are in accordance with recommendations of the 2018 Emergency Towing Vessel Needs Assessment by the Clear Seas Centre for Responsible Marine Shipping.” -- Chief Operating Officer Steven Widmeyer, Horizon Maritime Services Limited.

The federal review body posted a notice January 2nd to the CITT website  which states:

Pursuant to subsections 30.15(2) and (3) of the Canadian International Trade Tribunal Act, the Tribunal recommends that the Department of Public Works and Government Services (PWGSC) re‑evaluate mandatory requirement No. 12 of the Request for Proposals for all of the bids received prior to bid closing, as soon as practicable and no later than within six months of the issuance of this determination.

It also further notes how the Tribunal will recommend that no further expenditures be made on the contract until the review is complete as well as some possible further steps in relation to the bid.

No timeline has been provided as to how long the review may take before the CITT comes up with a ruling, though in its guidelines they advise that they will examine the file as soon as possible and anticipate no more than a six month period for the review.

The decision to reach across Canada to provide for towing services off the British Columbia coast and in the territorial waters of the Heiltsuk led the First Nation to call the government decision a "missed opportunity for reconciliation" at the time.

You can review the full statement on the tribunal review from the Heiltsuk First Nation here.

A look at what the Heiltsuk Horizon plan would offer the BC coast can be found here.

More background on the Ocean tug bid and other elements of the Ocean Protection Plan can be found from our House of Commons archive page, see the entries from 2018 for the Heiltsuk concerns.

To return to the most recent blog posting of the day, click here.
Posted by . at 11:33 AM

Email ThisBlogThis!Share to TwitterShare to FacebookShare to Pinterest
Labels: Review set for ocean towing contract off BC coast