No News, is Bad news when it comes to City's Boil Water Notice 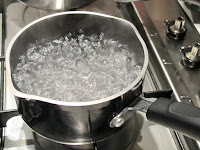 The clock is ticking down towards Day 43 of the City of Prince Rupert Boil Order Notice, an advisory which was first put in place just before 4:30 PM on Friday, December 14th, .

The notice, still in effect as of today,  now brings the prospect of the seventh week of a daily ritual of boiling pot after pot of water just over the horizon.

Last week, residents of the city heard a glimmer of hope from Mayor Lee Brain, who took to his Facebook page to deliver an address from his out of town  hotel room, suggesting that the results were improving and that as they do, we could soon see the Boil Order Notice lifted. 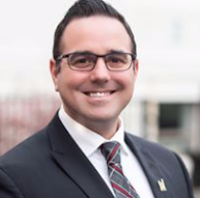 "We have received multiple clear samples now back from the lab. We are just waiting  for Northern Health now to give us the all clear. They just need a few consistent clear samples to come in and once they're determined that there are enough clear samples then they will lift the notice for us"

Eight days later, we've heard nothing more on the situation, other than an advisory from the city that work crews are busy flushing out the water mains for the much anticipated day when that all clear advisory is provided by Northern Health.

Test results were to be reviewed at mid-week we were told, however as that benchmark came and went, no details were released as to the status of the latest findings.

Though considering the Boil Order Notice still is posted to the city's website, one can only surmise that the latest report was not quite what they were hoping for at City Hall.

That seems to be the indication that  the CBC's Carolina de Ryk received, taking to her twitter feed yesterday with an observation on the status of the Boil Order Notice.

However, while Ms. de Ryk is in the know when it comes to any official notification of the mid-week results, the community at large still remains very much in the dark as to how it all went with the mid week results, with nothing as of yet posted to the city's information streams.

As the city doesn't post the results, or the schedule for when the water testing program is conducted, it's hard to say if progress is indeed being made. Leaving many of us to await the next hopeful dispatch from the Mayor and occasional notice to the website and assorted social media feeds that the city and its officials make use of.

The members of City Council no doubt are wishing that hey had positive news to share, with a Monday evening Council session ahead and one that will allow for the public to say a few words this time around: the delivery of a green light on the water supply would surely be a timely thing for the Council six and Mayor Brain.

Alas, so far the Boil Order remains in place and if the letter to editor page of the weekly paper is any indication, the growing frustration with the situation is starting morph out of the domain of just social media participants, or those "keyboard warriors" as Councillor Skelton-Morven would put it.

With the ongoing water situation making for a growing volume  of contributions to the theme that perhaps should be heeded by those in elected office.

Monday's Council session will also find the local grass roots group Community for Clean Water seek time for a presentation to Council. With the local residents looking to speak to the current situation facing the city's water supply and their access to safe drinking water, as well as to offer a plan for future action for Council's consideration.

By way of an information release on Thursday, Community for Clean Water organizer Tom Kertes outlined the nature of what the plan will offer

“This plan calls on the city government to be prepared before, during, and after any boil water notice,”  ... “It’s time for City Hall to prioritize taking care of those who are most vulnerable whenever access to drinking water is restricted and to make its plans and priorities known to the public.”

The organization has posted a copy of a plan that they intend to present to Council this Monday, you can find it from their website here.

For a look at the history of the Boil Order Notice and the volume of notes related to it see our archive page here.

A wider overview on City Council Discussion themes can be found from our Council Archive page here.

To return to the most recent blog posting of the day, click here.
Posted by . at 11:31 AM

Email ThisBlogThis!Share to TwitterShare to FacebookShare to Pinterest
Labels: No update on mid week testing yet