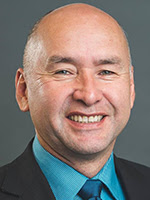 Last week's comments from North Coast MLA Jennifer Rice in the days following the arrest of those manning a checkpoint at the Morice River Bridge have provided Skeena MLA Ellis Ross with a political theme for the foreseeable future.

Since Ms. Rice's remarks, the Skeena MLA has continued to speak out about the disrespect that he believes has been directed towards the elected Indigenous Band leaders of the province.

As we outlined last Friday,  the most recent political firestorm began with a Facebook post from Ms. Rice on Thursday which appears to have signalled the start of the political debate and perhaps sets the stage for what will be a rough session ahead for the North Coast MLA in the Legislature, when the MLA's are called back to the desks in Victoria on February 12th.

Since that post, the Skeena MLA, who previously was the long serving Chief Councillor for the Haisla Nation,  has written a letter to Premier John Horgan seeking clarification of Ms. Rice's statements, as well as to inquire if this now reflects a new policy on behalf of the NDP government.

Mr. Ross has also expanded his commentary, mainly through his Social Media feed of twitter to outline some of the other concerns that he has when it comes to the topic of First Nations governance and the impact of other outside groups on the internal debate within First Nations communities. 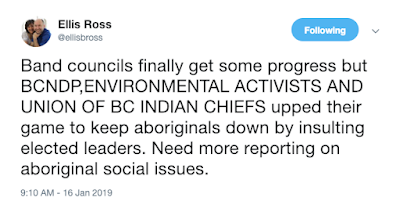 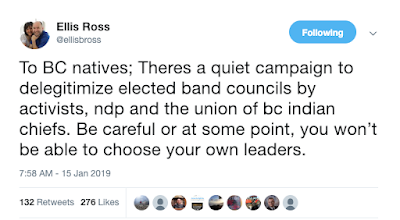 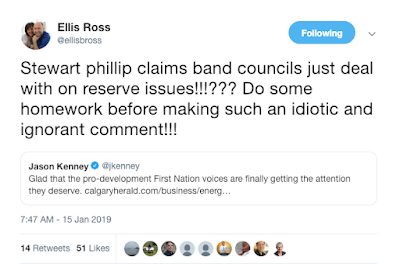 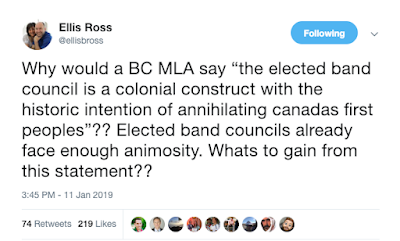 The Skeena MLA's notes could provide a glimpse ahead as to some of his focus for when the Legislature resumes its work next month. The province's elected representatives last spoke in the Legislature Chamber at the end of November when the Fall session came to an end.

For more notes related to the work of the Northwest MLA's in Victoria see our archive pages below:


A wider overview of the political scene in the provincial capital can be found on our political blog D'Arcy McGee.

To return to the most recent blog posting of the day, click here.
Posted by . at 10:01 AM