Port addresses concerns over Totem Pole on Lelu Island; while highlighting its administrative control of the island 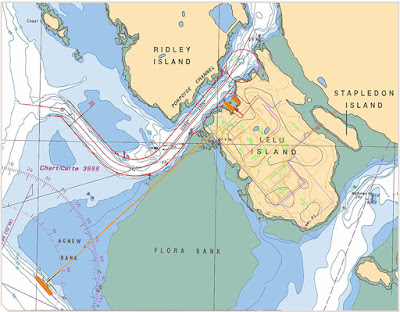 The Port of Prince Rupert has addressed some speculation that has popped up around the region as to its plans for Lelu Island off of Port Edward, that as a follow up to its announcement last week of a moratorium on development for the marine areas of Flora  Agnew and Horsey Banks.

Issuing a clarification towards their original statement of Thursday, the Port has outlined how the have no intention of taking any action related to a totem pole on Lelu Island which was erected at the height of protests over the now abandoned Pacific Northwest LNG project.

The totem pole became the focus of discussion on social media over the weekend with concerns expressed that the pole would be removed from its current location.

The key element of The Sunday statement from the Port outlines the background to the moratorium, while reminding residents of the region that Lelu Island is located on Federal land, which the Prince Rupert Port Authority has Administrative control over.

The Prince Rupert Port Authority’s moratorium on development in the marine areas of Flora, Agnew and Horsey Banks does not preclude future development on Lelu Island. Both elements have the support of elected leaders of Metlakatla and Lax Kw’alaams and the hereditary leaders of the Gitwilgyoots tribe.

The future of any structures on Lelu Island will also be determined in agreement with those leaders. The totem pole on Lelu island is the exclusive responsibility of the hereditary leadership who will consult with the tribe and make any decision regarding the future of the pole. Lelu Island is federal land within the administrative control of PRPA.

The Port also notes in their Facebook update that there are currently no projects proposed or under investigation for Lelu Island.

The Facebook post has provided for a forum that has delivered a range of opinion from the public since it was first posted over the weekend, the majority of which to this point takes issue with a number of elements from the statement from the PRPA, as well as to the nature of the hereditary representation.

Some of the forum participants however seem to be a bit out of date with the Port's current roster of communication officials. Apparently not having noticed that the one time port spokesman Michael Gurney left his post at the Port at the end of July in 2017, he currently is the General Manager at the Lester Centre of the Arts. 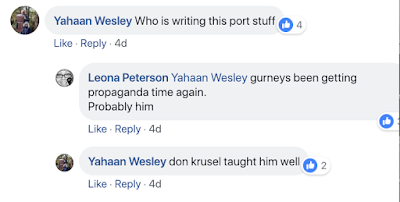 More notes on Port related topics can be found on our archive page here.

To return to the most recent blog posting of the day, click here.
Posted by . at 12:05 PM