They're a fair bit of time away from actually laying any fibre, but CityWest is currently beginning the process to prepare for an expansion of fibre optic connectivity for the Ketchikan Public Utility service which serves as the main service provider for our neighbours to the north.

The link would offer the Ketchikan Internet provider with access to the continental fibre optic backbone, with its entry to that Internet pipeline coming through Prince Rupert.


CityWest outlines its part of the potential project as part of a Management plan required for an Application to the Ministry of Forests,  Lands and Natural Resources office in Smithers.

The Project Overview notes that Ketchikan Public Utilities is proposing to construct the new subsea fibre cable between the Southeast Alaska Community and Prince Rupert.

The two communication groups currently have a long standing relationship which provides for an Internet gateway for Ketchikan by way of Microwave digital access,  the plan to move to a fibre optic link comes as the demand grows for expanded Internet access in the Southeast Alaska city 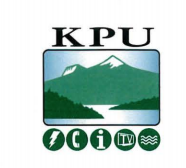 A summary for their application for access to Crown Lands outlines the nature of the work that CityWest is preparing for, should the project be approved by the Ketchikan  City Council Assembly.

Ketchikan Public Utilities (KPU) Telecommunications Division is an incumbent local exchange carrier based in Ketchikan, Alaska. City West Cable & Telephone Corp. (CityWest) provides wireline and internet services in Prince Rupert. KPU and CityWest are partnering on the following proposed project and have submitted an application for a temporary licence of occupation with intent to convert to a statutory right of way.

The proposed project plans include construction of a new subsea fibre cable between Ketchikan, AK, and CityWest's landing station on Ridley Island, near Prince Rupert. The proposed route is approximately 160 km in length, of which 70km are within Canadian waters, and follows the most easterly navigable waters between Prince Rupert and Ketchikan. Installation of the subsea fibre optic cable will be facilitated primarily by marine vessels.

The only Canadian terrestrial access required during construction will be at the landing station on Ridley Island, near Prince Rupert, which has existing access via the public Ridley Island Road and private road located on land leased by CityWest from the Prince Rupert Port Authority (PRPA). Access requirements for operating the proposed fibre optic utility is expected to be very minimal and only for purposes of monitoring and maintenance.

A preliminary survey of the proposed path for the fibre optic link took place in June of 2019.

As we outlined on the blog in late November, the project originally was planned for 2018, but had its focus shift towards this year after Ketchikan officials voted to defer their plans to the New Year.

That as Ketchikan officials continued to explore options for approvals and funding for the infrastructure program. The project has yet to be discussed as part of the proceedings for the first three public sessions of the Ketchikan Council Assembly

Should the work go ahead, it is most likely that any laying of fibre north would not take place until the summer months, with CityWest noting in their submission to the Ministry that the summer offers the best conditions on the North Coast for such precise work.

The background to their management plan also highlights the many environmental protections  that CityWest says will be in place so as not to disturb any ecosystems that are found along the anchoring locations for the fibre link. The communication provider also outlines the nature of any Socio-community impacts and how they will address any issues that may be observed.

As part of the process, CityWest has already updated First Nation communities on their plans and consulted with them on the nature of the work.

You can review the full file on the proposed fibre link here, as well as participate in the comments process should you have something to contribute. That deadline for commentary has been set for February 20th, 2019.

The project to Alaska is not part of the larger and more ambitious Connected Coast project which will deliver sub sea fibre optic connectivity to Haida Gwaii, the Central Coast and Northern Vancouver Island.

There have been no updates on that project listed  on the Connected Coast website since June of 2018.

For more items of note related to CityWest see our archive page here.

To return to the most recent blog posting of the day, click here.
Posted by . at 10:16 AM

Email ThisBlogThis!Share to TwitterShare to FacebookShare to Pinterest
Labels: Fibre link for Ketchikan