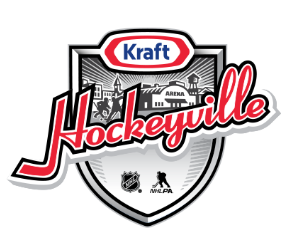 With the buzz from Hometown Hockey still fresh in our memories, another opportunity to share in the excitement of the game of hockey comes our way, with entries now being taken for this years Kraft Hockeyville competition.

The annual event hosted by Kraft and Sportsnet seeks out contributions from communities across the nation that highlight theirs passion for hockey and the local hockey rink as well as the focus that it holds in the community.

The competition is staged in five phases, with the Nomination and Rally period now underway until February 9th.

The Judges panel will review the Top four finalists through February and March until the Top 4 announcement of March 14th.

Cross Canada voting begins on March 27th, with the window to vote closing on March 28th.

The Winner will be announced on March 28th.

The successful city or town will receive 250,000 dollars towards Arena renovations or upgrades as well as play host to an NHL exhibition game in the fall.

Residents of the North Coast can participate by submitting their story on the Jim Ciccone Civic Centre and it's importance to the community here, the story is worth 80 percent of a community score, with a rally period of support for it making for 20 percent. 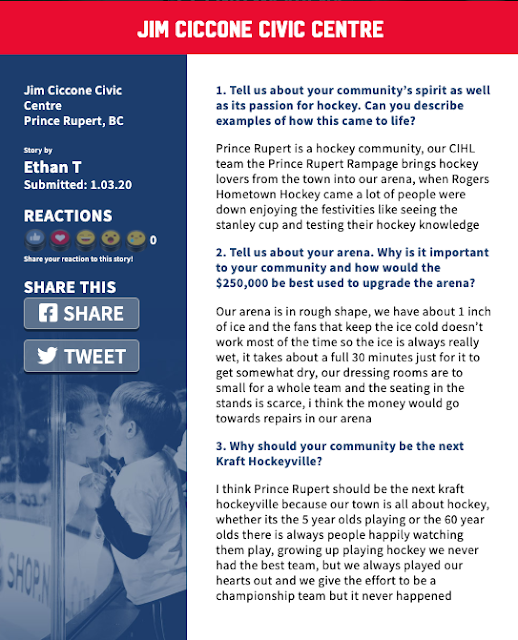 You can review all the rules and regulations here then add your own contribution to the Prince Rupert page here. 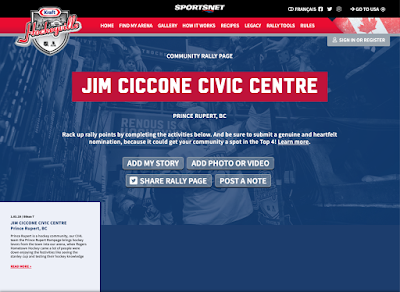 The Northwest has had some success in the competition ion the past, Terrace was a Kraft Hockeyville winner in 2009 using the prize money towards the Sportsplex arena complex. 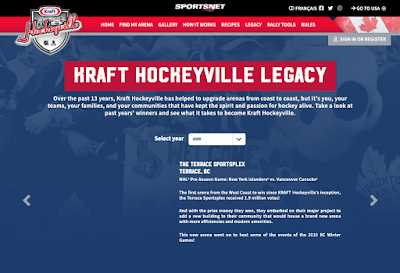 You can learn more about the competition and follow the entries as they come in from the homepage for the event.

For a look at some of the Hockey notes from the North Coast see our archives below: