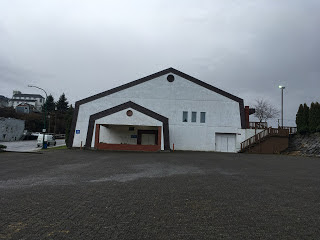 Sometime this coming summer, Prince Rupert's Mounties and the residents of the city may have a firmer idea as to how the City will move forward on the build for the new RCMP detachment, with the new facility planned for the old Jehovah Witnesses property at the corner of McBride and First Avenue East.

Tonight, the path towards the construction phase of the detachment will move forward, as Corrine Bomben, the City's Chief Financial Officer outlines the process ahead for a Loan Authorization Bylaw that will see the city seek to borrow what could be a 25 million dollar loan with borrowing over thirty years towards the new structure.

Ms. Bomben's report, available from the Agenda for tonight's session, provides some background on the history of the Detachment planning and how the Loan Authorization process works.

Also to be determined is how the City Council will go about seeking the approval of residents for that borrowing, with two options available for them towards that public consultation, with Council to decide on whether to use the Alternate Approval Process or take the 25 million dollar loan proposal to a public referendum.

Should Prince Rupert residents accept the undertaking of debt financing to construct the new police detachment and Council adopts the bylaw at a later date, the City would then bring forward the Temporary Borrowing Bylaw from which funds would be drawn down on as needed to finance the construction of the structure.

The report notes that once the project is complete, the final borrowing amount will be known and the City could then trigger the long term debt by converting the Temporary Borrowing into debenture financing with the Municipal Financing Authority.

A timeline chart included in the report provides a look at how the consultation with the public and required bylaw adoption would work taking us into the summer months before it reaches the final approval stage. 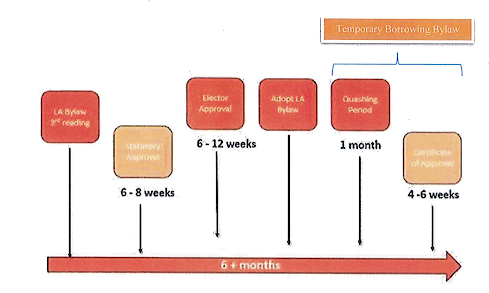 The Mayor and Council will have their first opportunity to discuss the project and offer up an indication perhaps of their preference towards how they will consult the public following the delivery of Ms. Bomben's report.

Last November, Council members heard from Director of Operations Richard Pucci, that the planning for the new detachment was at roughly the fifteen percent complete stage, with a potential demolition of the current Jehovah Witness Hall in the works possibly for this summer.

More notes on this evening's City Council Session can be reviewed here.

A wider overview of past Council Discussion themes is available from our archive page.