More than one hundred years of making our wealth by rail and ship and pick and net, the City of Prince Rupert is moving into its next evolution with a new look and a new brand.

And while the way forward comes with a bit of irony in that we have never more than we do today relied on rail or ship more to make that wealth, the move forward towards the future will embrace a number of important elements not  considered 100 plus years ago.

The change as revealed on Monday was embraced with a solid vote of approval from the city Council following a forty minute presentation and comment period at Monday's Council Session.

The Reveal of the new Brand, began with a few words from the City's Communication Manager Veronica Stewart who had provided this report for Council prior to the Monday session. 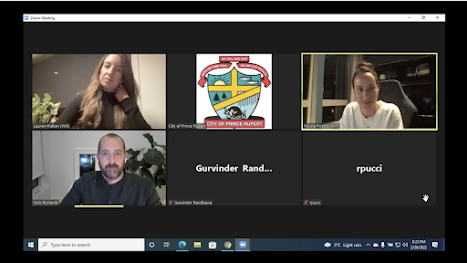 Following her introduction she turned the presentation over to the creative team at Will Creative, who took the council members through the evolution of their two year plus process towards the new look.

As part of that process the Will team engaged with stakeholders and hosted workshops with them and City staffers to realized the finished product revealed on Monday. 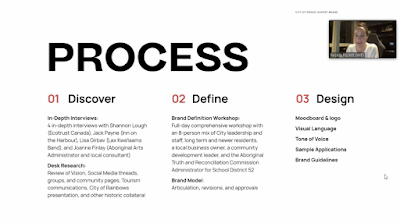 Through their commentary, they took council on the journey to the future,  staring with the desire of those part of the initial process back in 2019 to create a new image for the community, one which leaves the previous brand and messaging to the past. 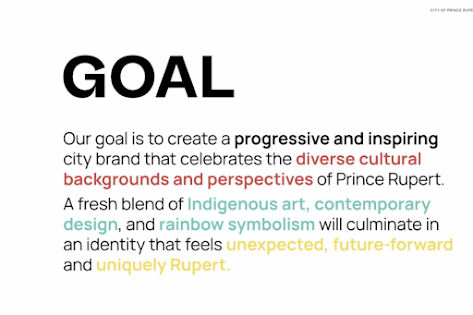 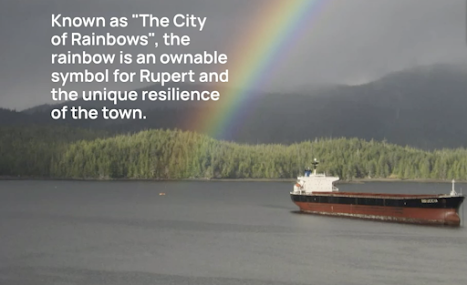 The new imagery was explained as change which will replace the previous look to incorporate a more modern image that engages with Indigenous themes that reflect the community, along with rainbow symbolism that is a representation of the diverse communities found in Prince Rupert,  highlighting an image that many associate with the community. 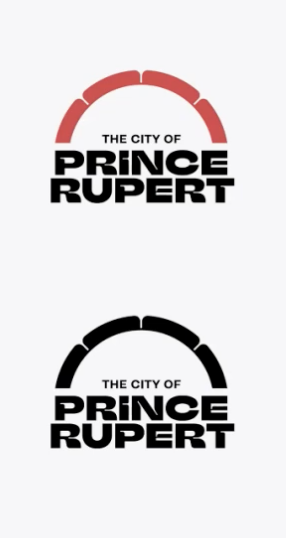 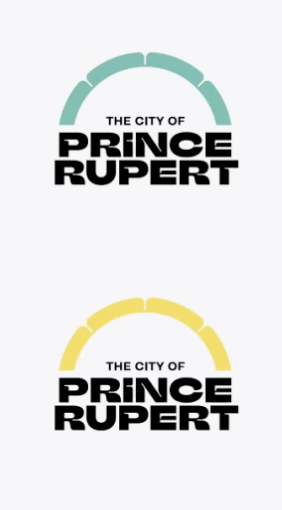 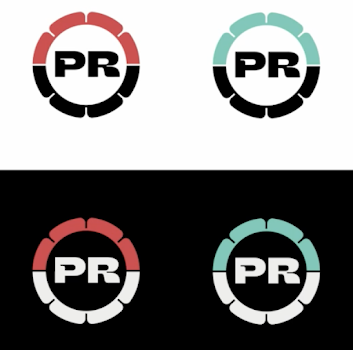 Following the Council Session the City's communication office launched the new brand through the City's Social Media Stream, the presentation of the new look one which includes a video of the work of Mr. Mather towards his contribution to the process.

While the Council members repeatedly made note of the lengthy process that they and their partners and invited stakeholders were involved in over the last two years developing the new look, the Social Media post has also served as somewhat of a post announcement focus group.  With residents taking advantage of their first and really only opportunity to speak to the topic of a new brand and logo for the community.
You can review those comments and offer your own if you wish from the City of Prince Rupert Facebook page.
More notes on Monday's Council session can be reviewed from our Council Timeline.
A wider overview of past Council Discussion themes is available from our Council Discussion archive page here.