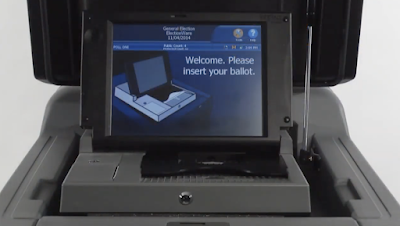 With 2022 a municipal election year, any potential candidates for Prince Rupert City Council will want to make note of some upcoming changes to the voting procedures that are close to be adopted by the current City Council.

At their June 13th Council session, the Council members received a report from Chief Financial Officer Corinne Bomben, who is also the Chief Election Officer for Prince Rupert, the report outlining some of the changes ahead prior to the October vote.

The two key elements of note involved the number of nominations required to seek office and provisions for mail ballot voting.

Towards the nomination process, the report notes:

The Local Government Act allows for a municipality over a population threshold of 5,000 to set the number of nominators at 10. It also allows for the local government to charge a refundable nomination deposit of $100 to be collected and returned in accordance with the Act. Both of these provisions have been included in the bylaw to encourage sincere consideration into the decision to run for office.

The opportunity for a mail ballot in 2022 comes as part of the past years of the COVID pandemic which removed the restrictions on mail in balloting. The removal of those restrictions will continue into this fall explained as follows:

Seeing as the pandemic has not ended and recognizing that many may still not feel comfortable in a public setting, the provisions for mail ballot voting have been inserted into the bylaw.

The full report can be reviewed from the City Council Agenda from the June 13th Council session, among some of the items of interest are sections related to the following:

In response to a question from Councillor Nick Adey as to if anything is new to the process, Ms. Bomben noted of the following:

"The existing bylaw refers to a specific date for the second required advance voting opportunity, so this new bylaw has been updated to reflect the day in more general terms and is now referenced as the third day before General Voting Day.

Both this nomination deposit and the number of nominators increased from 2 to 10 have been included in the bylaw to encourage sincere consideration into the decision to run for office.

Councillor Adey noted that there is a lot North American public focus on the elections process and he just wanted to make sure that the City does it right.

Council provided for the first three readings to the Bylaw requirements, the final vote to adopt the document must be held before July 4th.

The City has yet to provide the video for the Council session to their YouTube Archive, once they have we will add that element below.

Update: The missing archive of Monday's session was added to the listings on the afternoon of Monday, June 20th.

The item above can be viewed starting at the 42 minute mark.

Further items of interest from past Council Sessions are explored here.
Posted by . at 9:59 AM