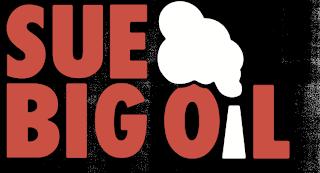 The financial reserves of Global Oil Corporations is the focus for the West Coast Environmental Law organization and the Environmental advocates in British Columbia are looking to bring the province's municipal governments into their quest.

The organization was part of a launch yesterday towards a plan to launch a lawsuit against the multinational companies, the non-profit group of environmental lawyers and strategists serving as the Secretariat of the Sue Big Oil Campaign.

They announced a three step plan towards the work ahead, with part of the measures ahead to bring municipal governments into the fold towards jointly launching a class action lawsuit that will target the world's largest oil companies.

The introduction to their project can be reviewed here.

As part of any local government involvement, the campaign organizers are suggesting that civic or regional officials put aside one dollar per resident to help pay for the proposed litigation.

"British Columbians are invited to sign the Sue Big Oil Declaration calling on their local government to set aside $1 per person for a community fund to sue Big Oil, to work with other local governments to file a class action lawsuit to recover a fair share of our climate costs, and to work to reduce our fossil fuel use and protect ourselves from future climate impacts."

Should communities across the Northwest have any plans to participate, they would have to share them with their residents, so keep an eye on your upcoming Council sessions to see if there are any plans to join the class action suit coming from the region.

You can learn more about their proposed lawsuit through the Sue Big Oil website as well as the West Coast Environmental Law Facebook page.

Notes on the topics that the City of Prince Rupert Council members discuss can be explored from our archive page.