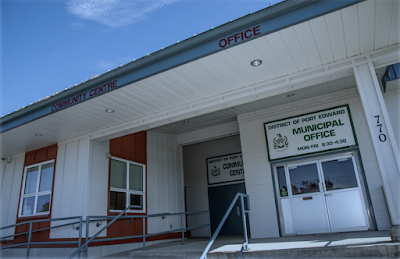 The District of Port Edward has provided for its 2021 Statement of Financial Income, providing the financial snapshot for residents towards municipal compensation and spending over the last year as of December 31st, 2021.
In total, when it comes to paydays for the elected officials and District employees the total tab came in at just over 835,000 dollars.
An amount which could give Port Edward opportunity to add lean to the theme of Green that they have adopted over the years. 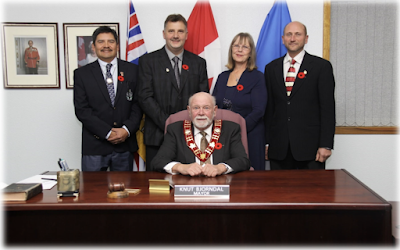 At just  $61,376.16 the pay for Mayor Knut Bjorndal and the four District councillors makes for a total that comes in much lower than the compensation provided by taxpayers for nearby Prince Rupert Council officials.
The information for the larger community next door was released earlier this month. 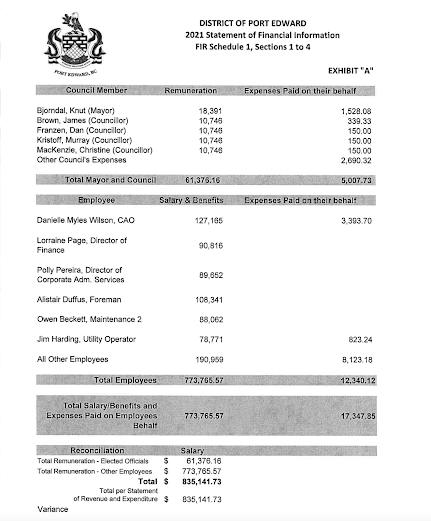 On Spending for supplies and services, the tab for the District is noted as just under 7 million dollars.
Over half of that amount was directed towards C and C road maintenance for their work on District infrastructure in 2021.
The scope of spending for the District is significantly less that that required by Prince Rupert, which with its larger population and expansive infrastructure saw over 37 million dollars in spending in 2021. 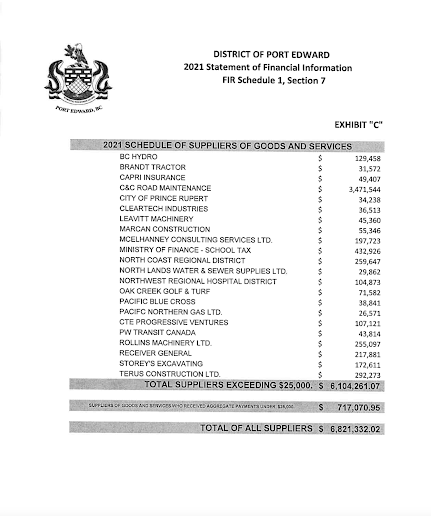 The full SOFI documentation from the District of Port Edward is available here. 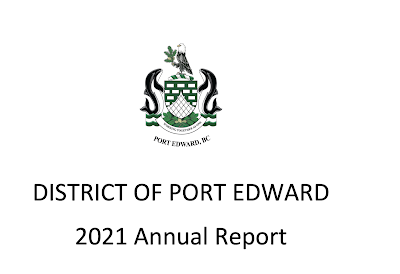 The District also released its Annual Report for review of residents, the document is now in its public comment period, with Tuesday, June 28th the date for those with any comments, questions or observations to share them with the District.
To do so contact the office at 250-628-3667 or by email at info@portedward.ca
Some notes on the work of Port Edward Council can be explored through our archive page.
Posted by . at 11:15 AM