The members of the Port Edward Volunteer Fire/Rescue Department had a challenging call out on Friday evening, with members responding to an area of Highway 16 near Purdhomme Lake to put out a fire aboard a tractor trailer.

In a post to their Social media stream, the Department highlighted the work involved in putting out the semi-trailer fire which originally had been called in as a brake fire, upon arrival the situation had escalated to a fire having spread to the two adjoining trailers which contained wood chips.

Crews quickly extinguished the blaze, but remained on site into the early hours of Saturday, the response required multiple water relay shuttles from nearby Prudhomme lake to keep the situation from flaring up through the night. 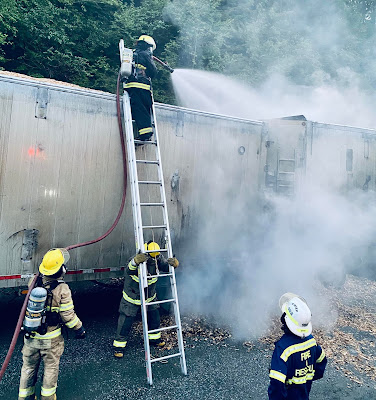 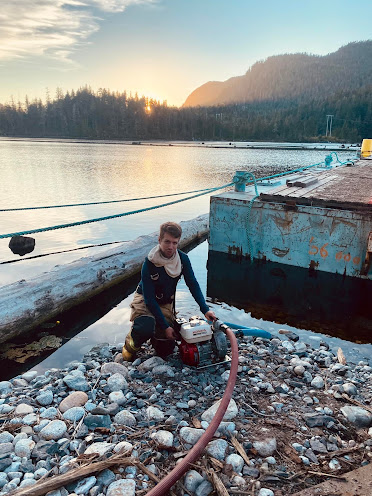 Assisting the PEVFD on the scene were the Prince Rupert RCMP who ensured that traffic and those transiting the area did not impede on the work of the fire-fighters.

The Port Edward department is the first response unit for many of the incidents and calls for assistance that take place along the Highway 16 corridor, covering an area from the Port Ed turnoff to near the Tyee Overpass to the east.

The Photos and Video above come from the Port Edward department's social media page, more pictures of their Friday/Saturday work are available here.

Further notes on the work of Emergency Responders in the Northwest can be reviewed from our archive page.